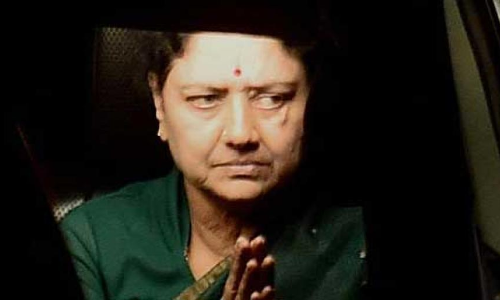 In other major decisions, the General Council altered the party's organisational structure to a collective leadership structure. It amended the party rules whereby none will be elected or nominated to the post of General Secretary - a position held by party supremo and late Chief Minister J Jayalalithaa till her death.

Sasikala had appointed Dinakaran as Deputy General Secretary before going to jail.

The council also ratified the recent merger of the two factions led by Palaniswami and Panneerselvam.

One of the basic demands of Panneerselvam camp for the merger with Palaniswami was the dismissal of Sasikala and her family members from the party.

Party officials said the power to admit or dismiss a member rests with the party General Secretary. This power has been now transferred to party Coordinator and Joint Coordinator following the amendments to the rules.

Party officials said the dismissal of Sasikala and her family from the party may happen now - under the new organisational structure.

The General Council also resolved to restore all those who were party office bearers appointed by Jayalalithaa. They will continue to hold office now, it said.

A total of 14 resolutions including the ones hailing the merger of two factions; the government for celebrating the birth centenary of late Chief Minister MG Ramachandran were passed.