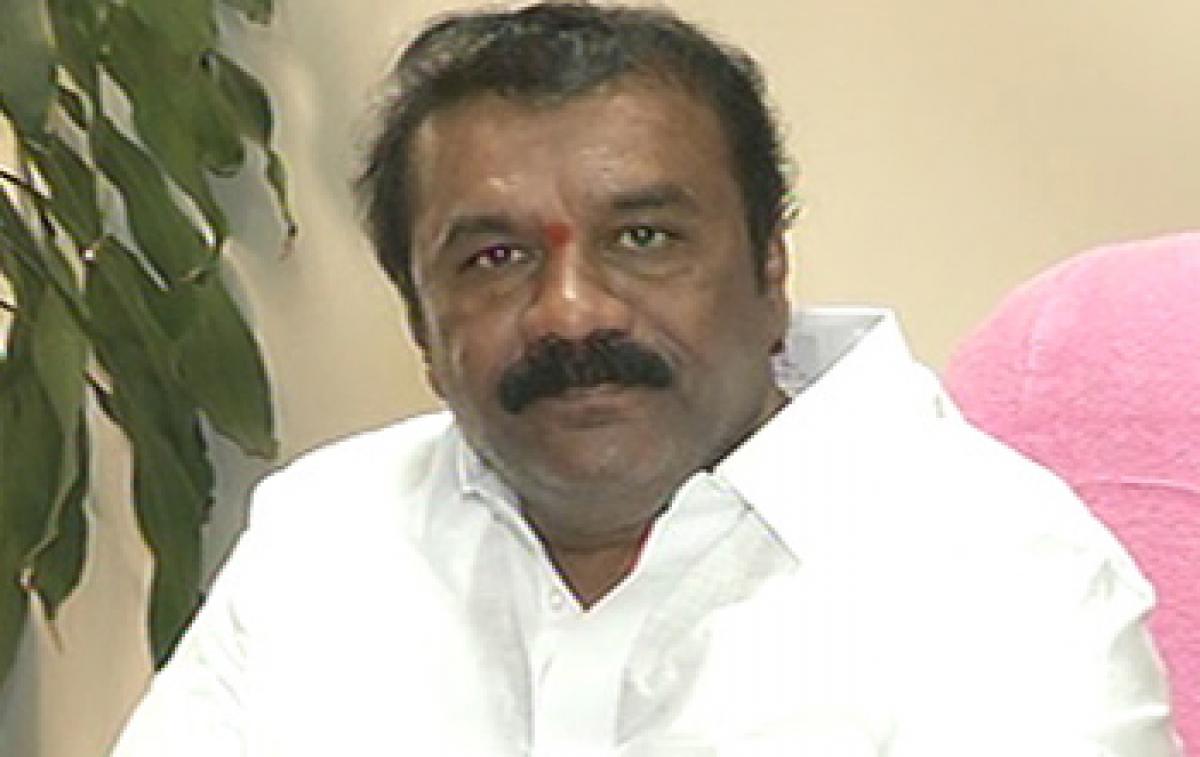 Hyderabad: Minister Talasani Srinivas Yadav is holding the key portfolio of Commercial Taxes and Cinematography departments in the TRS government. The astonishing thing about Talasani is that he is still regarded as TDP MLA.

This is despite Talasani submitting resignation to Sanathnagar MLA seat as well as TDP membership before assuming charge as minister. Making a statement about strengths of various parties in the Assembly, Speaker Chary said that TDP has 15 members.

Three TDP MLAs -- Talasani Srinivas Yadav, Teegala Krishna Reddy and C Dharma Reddy -- quit their party and MLA posts and joined TRS. However, of these three, Talasani was inducted into Cabinet. Although Talasani is claiming that he is no more a member of the House since he submitted his resignation already, Speaker’s statement proved otherwise.

This is a difficult situation for TRS since the rival TDP, especially its firebrand MLA Revanth Reddy went on record saying that if Talasani’s resignation was not accepted they would believe that TRS government inducted a TDP legislator into the cabinet.

Even the resignations of four Congress MLAs -- Vittal Reddy, Koram Kanakaiah, Redya Naik and Yadaiah were not accepted as on Thursday. Speaker stated that strength of the Congress was 21, which was its original count after 2014 elections.