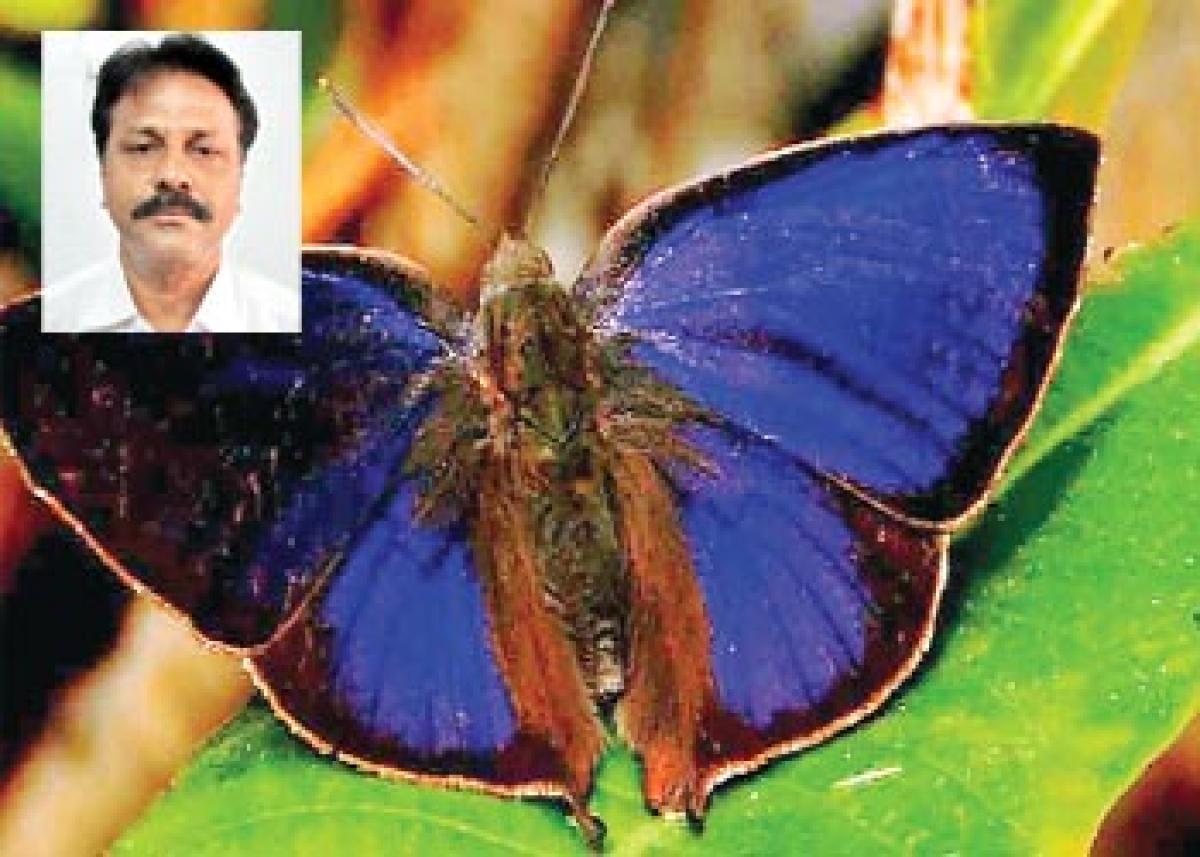 Bhadrachalam: Inspired by a lesson on biodiversity in the Class VIII textbook, a biology teacher has turned into a lepidopterist, who studies the species of butterflies and moths in natural environs.

Bhadrachalam: Inspired by a lesson on biodiversity in the Class VIII textbook, a biology teacher has turned into a lepidopterist, who studies the species of butterflies and moths in natural environs.

G Gopalakrishna, a biology teacher of Zilla Parishad Secondary School at Narsapuram village in Dummugudem mandal of Khammam district, took up a study of Lepidoptera in Bhadrachalam agency. He started his study in September 2014 and identified 65 rare species of butterflies in the forest area so far. Gopalakrishna captured the images of all species of butterflies he spotted during his 18-month study of Lepidoptera. He has brought out an album containing the beautiful images of different butterfly species of Bhadrachalam agency.

These images will be displayed at the Government Degree College in Bhadrachalam on February 28 to create an interest among students in Lepidoptera. He also visited the Zoo Park in Warangal, Sanjeevaiah Park in Hyderabad and other places to know more about different species of butterflies.

Speaking to The Hans India, Gopalakrishna said, “It is a myth that butterflies are present only in areas abundant with flower plants. Butterflies lay eggs on different plant species to increase their population.’’