One school in one panchayat concept under study: Kadiyam 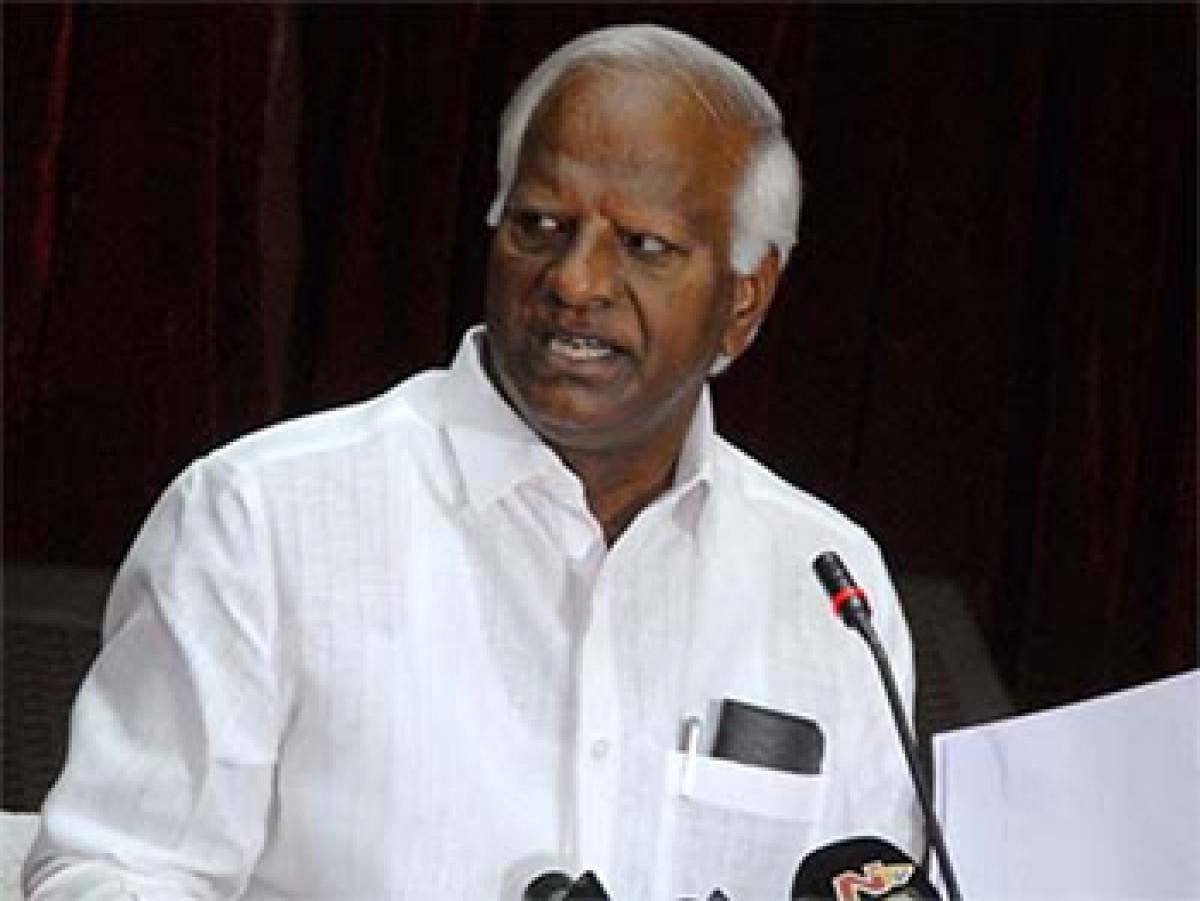 Stating that the State government was firm on rationalisation of schools and teachers for improving administration and streamlining primary education, Deputy Chief Minister Kadiyam Srihari on Monday said that that they were keen on considering the ‘one school in one panchayat’ concept.

Hyderabad: Stating that the State government was firm on rationalisation of schools and teachers for improving administration and streamlining primary education, Deputy Chief Minister Kadiyam Srihari on Monday said that that they were keen on considering the ‘one school in one panchayat’ concept.

Initiating a short discussion in the Legislative Council on education system in the State on Monday, the Minister pointed out that most of the panchayats had 10 to 15 primary schools without proper teaching staff. “The government would be rationalising schools along with teachers,” he said.

He said that the norms of 1 km under RTE rules were needed to be modified. The schools with very low enrolment can be merged with the nearest school of viable strength. The only exception would be non-availability of nearby school at a reasonable distance, where natural barriers exist such as vagus and hillocks, lack of roads and transportation.

There are about 12,178 primary schools with enrolment less than 60 students. With such strength, these schools are eligible to get two teachers as per the RTE Act, who have to deal with all five classes with about 20 subjects per day. If one teacher is on leave, the entire school has to be managed by a single teacher. In fact, as per the RTE Act of ‘up to 60’ strength, two teachers have to be provided.

This means schools with zero or even one student has to be provided with two teachers. While referring to the performance of some of the government residential schools, he said the Continuous Comprehensive Education was the better option for the parents, who wish better future for their children.

“This was one of the aspects when the TRS government has come up with the vision of KG to PG free education,” he added. Taking a dig at the earlier governments, he wondered how several junior and degree colleges came into existence without proper infrastructure and sanctioned posts.

Deputy Floor Leader of Congress Ponguleti Sudhakar Reddy asked the government to rather focus on ‘corporate loot’ by private schools, some of which charge exorbitant fees up to Rs. 2 lakh for kindergarten. “These schools are violating most of the orders by using misleading words like ‘Techno’ and ‘Olympiad’ to attract parents,” he said.