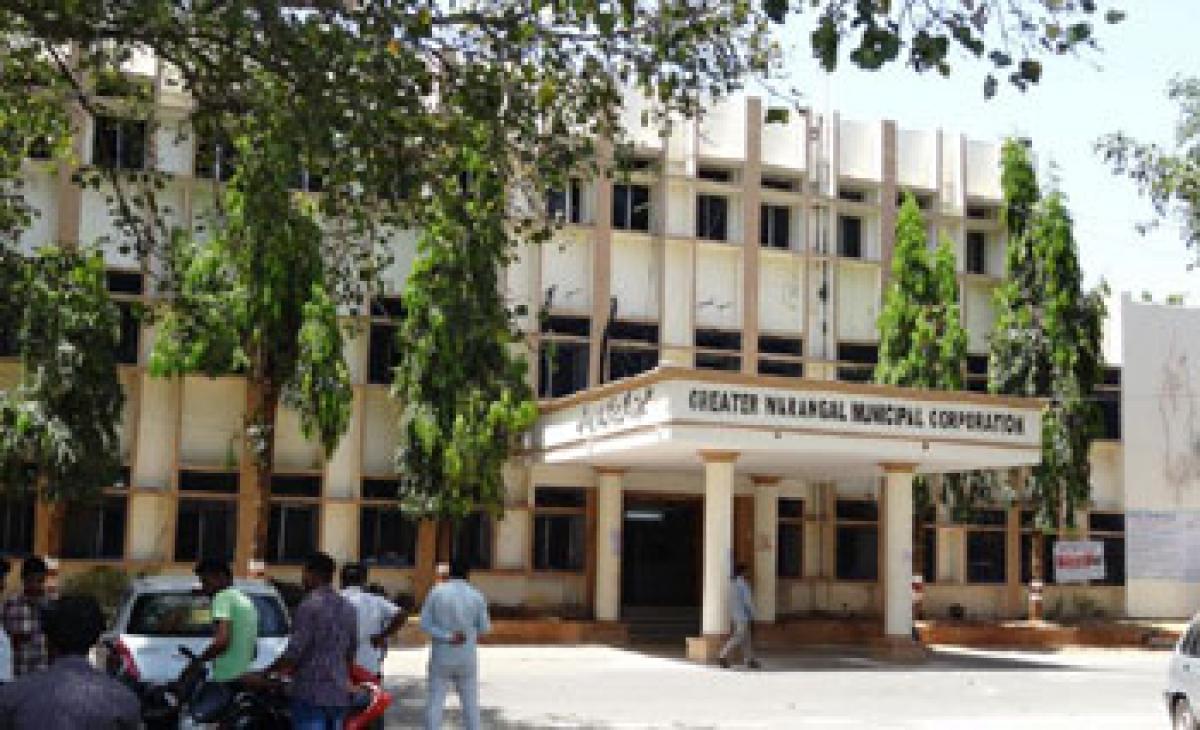 The absence of elected body had its impact on development works of the tri-cities of Warangal-Hanamkonda-Kazipet, and a host of villages that were brought under the Corporation limits.

Warangal: Exactly a month after the jubilation of winning the high-voltage poll battle for the Greater Warangal Municipal Corporation (GWMC), the newly-elected Mayor and the corporators are now a worried lot with a multitude of issues like drinking water scarcity and sanitation to deal with. On top of these issues, the acute staff crunch the Civic body was facing for over a decade has now become a thorn in the flesh of the Corporation paralysing the civic services.
Drinking water and sanitation are the two major issues that dominated the first Council meeting held after a gap of nearly six years on April 4. Albeit, there was no dearth of funds, several civic maintenance works in the Corporation came to a standstill due to the shortage of employees.
It may be mentioned here that there was no election to the Warangal Municipal Corporation for the last six years due to legal tangles. The absence of elected body had its impact on development works of the tri-cities of Warangal-Hanamkonda-Kazipet, and a host of villages that were brought under the Corporation limits.
Currently, the Corporation is being run by less than a half of the sanctioned strength, the sources in the administration said. In all, there are only 205 employees against a sanctioned strength of 490. “Forget about the recruitment in line with the requirement of a Greater Corporation. The authorities didn’t even fill the vacancies arising out of retirements and other reasons,” a senior official of the GWMC said.
In the town planning department, which plays a key role in the development of the city, at least 55 posts are vacant. In revenue wing, there are about 50 employees against the required strength of over 80 posts. Strangely, accounts department has only one employee on pay-roll against the sanctioned posts of 19.
There are more than 100 posts lying vacant in the health and sanitation department which directly impacts on the hygiene of the city. Three assistant medical officer, two sanitary supervisors, 16 sanitary inspector and nearly 50 sanitary jawan posts are vacant. Apart from this, there are more than 70 posts lying vacant in the engineering department, including the chief engineer and environmental engineer. Admitting that staff crunch has its impact on services, the Mayor Nannapaneni Narender told The Hans India: “We have taken the issue to the notice of the government. In fact, the civic body was facing shortage of staff for a long time.”
Municipal Commissioner Sarfaraz Ahmad said: “We wrote a letter to the State government requesting staffing pattern as per a metropolitan corporation.”