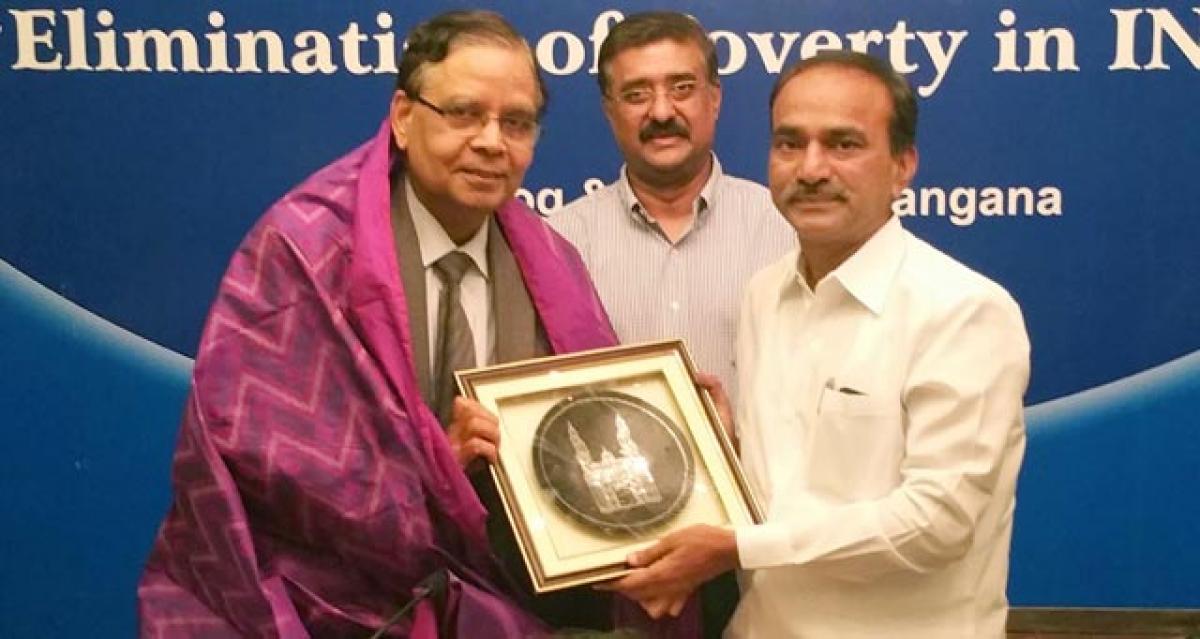 NITI Aayog Vice Chairman Arvind Panagaria on Wednesday said the Aayog would request the Centre to offer funds for Mission Baghiradha, launched by the Telangana government to provide potable water to every household.

Hyderabad: NITI Aayog Vice Chairman Arvind Panagaria on Wednesday said the Aayog would request the Centre to offer funds for Mission Baghiradha, launched by the Telangana government to provide potable water to every household.

Addressing the press here after holding regional consultation meeting on elimination of poverty in India with Southern States, he said the Telangana government’s giant initiative would be a role model for every other States in addressing drinking water crisis in the future in the country.

Stating that the official representatives of the States explained the programmes taken up to eliminate poverty in the meeting, Arvind said the Telangana government’s request to revise the labour and material component in the execution of the works under the employment guarantee scheme from panchayat to district levels was under consideration.

The tracking system adopted to identify the poor by the State governments was discussed in detail in the meeting, he said adding that the consultations would help the Centre to ascertain the status of poverty alleviation. The Tendulkar Committee and Ranga Rajan Committee recommendations in tracking the poor were also taken into consideration, he said.

Referring to disinvestment in public sector, Arvind said the Centre was considering two options - one was the possibility of revival and restructure of the organisations and the other one was to go for disinvestment. A decision in this regard would be taken very soon, he added.