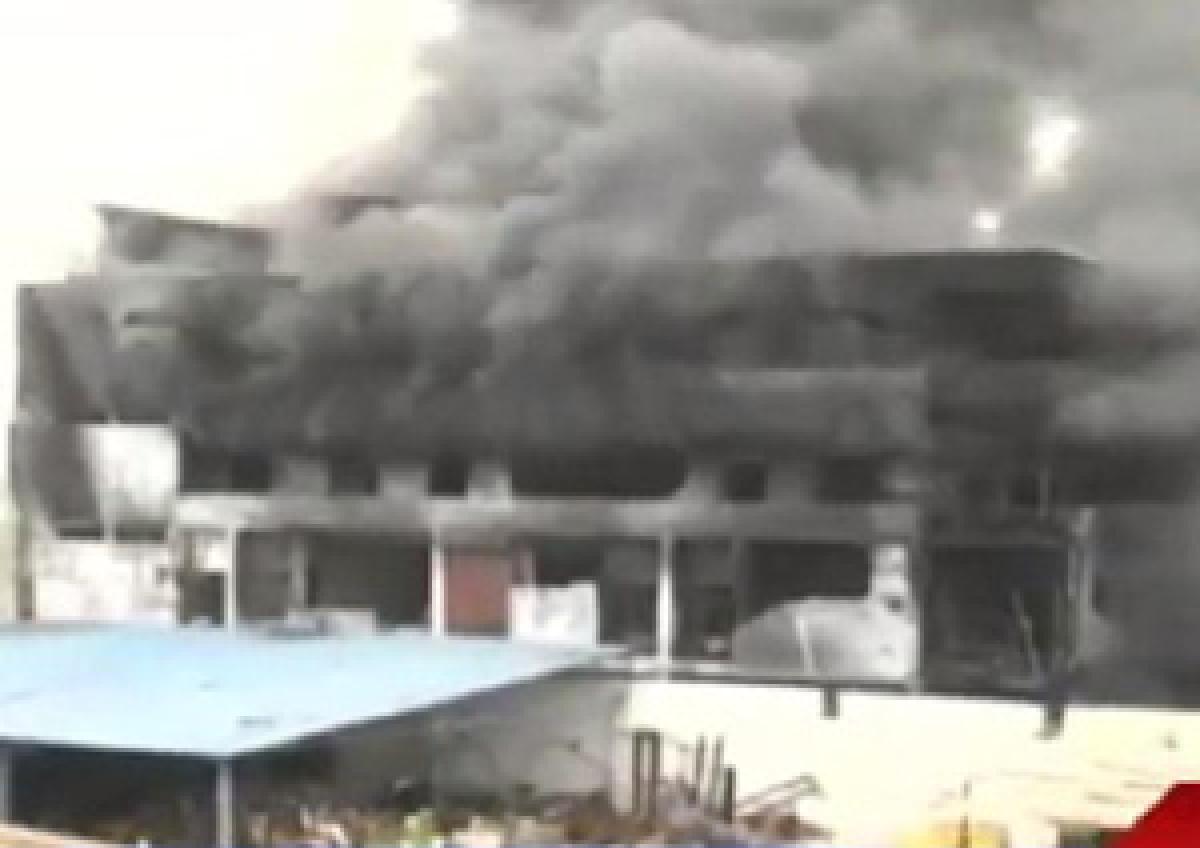 A five-storied building crashed in Sitaram Bagh area under Mallepally limits, Hyderabad on Sunday after the plastic items in the building caught fire.

A five-storied building crashed in Sitaram Bagh area under Mallepally limits, Hyderabad on Sunday after the plastic items in the building caught fire. The building was a godown run by a plastic trader. Locals witnessed the fire at 9 AM in the morning but no action was reportedly taken with Sunday being a holiday. Even the trader or the owners of the building were not available which is the reason no one rushed to put off the fire.

However, as the firemen arrived at the spot, the fire spread and the efforts to douse it down went in vain. While no casualties have been reported in the incident, the loss of property could be in crores of rupees. The firefighters along with eight fire engines were pressed into service to contain the fire. The cause of the fire is said to have been caused by electrical short circuit during the night.