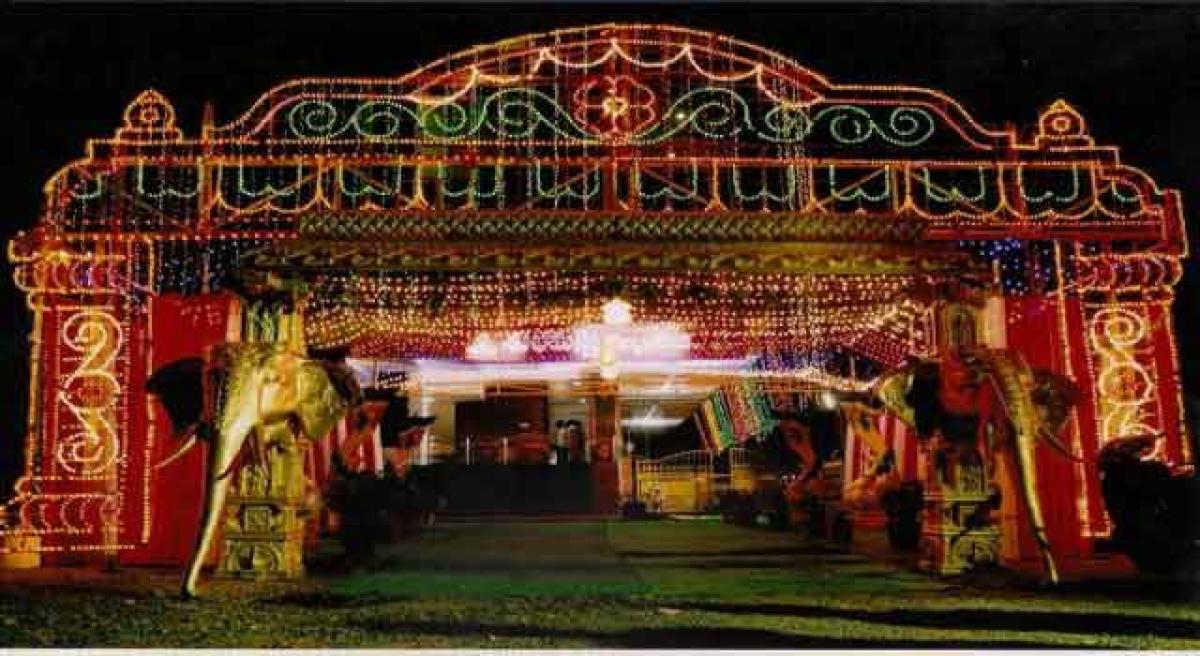 Not just people and animals are hit by the severe water shortage during this summer, but it seems that even marriages, small, big or fat, in urban areas in the State are also being haunted by the problem.

Hyderabad: Not just people and animals are hit by the severe water shortage during this summer, but it seems that even marriages, small, big or fat, in urban areas in the State are also being haunted by the problem.

With function halls removing ‘water supply’ from the amenities list due to severe drinking water shortage, the marriage ceremonies are at the receiving end

With the scarcity of drinking water getting intense due to depletion of groundwater and drying up of other available water bodies, function hall managements as well as marriage parties are facing difficult situation to meet the water needs.

While the government has already declared that no water would be supplied for commercial purpose until domestic needs are met in the municipalities, the managements of function halls are asking the marriage parties to make their own arrangements for water for cooking and other purposes.

In some cases, people are allegedly fleeced in the form of water charges additionally by the managements. The dependence on bottled bulk mineral water has shot up adding to the woes of marriage parties.

Konda Satya Laxmi Gardens Manager Konda Srinivas from Karimnagar told The Hans India that many function halls in the district stopped supply of water in the list of amenities provided at the marriage venues.

The marriage parties have been requested to bring required water on their own during the functions. With no option left, people are purchasing mineral water for bathing and cooking needs at exorbitant prices.

Considering drinking water crisis a serious issue, the authorities said available water was being supplied for drinking purpose only. The sale of water for commercial needs has been stopped in almost all urban areas unless any emergency arisen.