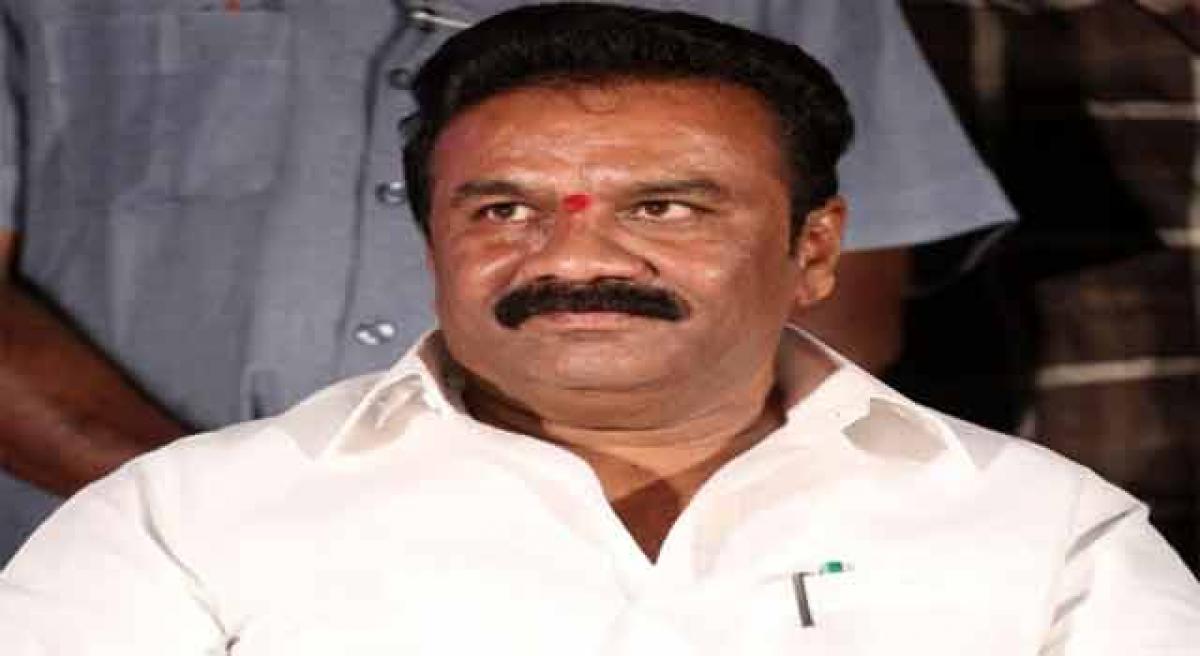 Heavy rains accompanied by strong gales on Friday evening left a trail of destruction in the twin cities. The government got into work to clear the mess and removal of uprooted trees, branches and hoardings that caused traffic chaos.

​Hyderabad: Heavy rains accompanied by strong gales on Friday evening left a trail of destruction in the twin cities. The government got into work to clear the mess and removal of uprooted trees, branches and hoardings that caused traffic chaos.

Animal Husbandry and Cinematography Minister T Srinivas Yadav on Saturday held a review meeting with the officials of the Greater Hyderabad Municipal Corporation (GHMC) and other departments.

He also reviewed the rain fury which may cause more damage in the days to come and directed the officials to immediately remove the hoardings and other advertisement poles that may add to the woes of rain fury when the streets are inundated with waters in so many places.

Stating that Hyderabad saw the gales of 150 kmph speed and the administration pressed in rescue teams on Friday evening, the Minister directed the officials to be more cautious as the rain season is set to create some havoc.

The officials should adopt latest technology and press in the staff to avoid inconvenience besides being cautious against illegal hoardings, he said, adding that government would give adequate funds to the GHMC for the purpose.

Mayor Bonthu Rammohan said the hoardings can withstand gales of 50-60 kmph and asked the officials to prevent the recurrence of collapse of such ad hoardings.

Apart from the rescue teams that were on job, the corporation would take serious decision against such hoardings, he said. GHMC Commissioner B Janardhan Reddy said they had received 400 complaints from people after the rain fury and set up control rooms to assist them.