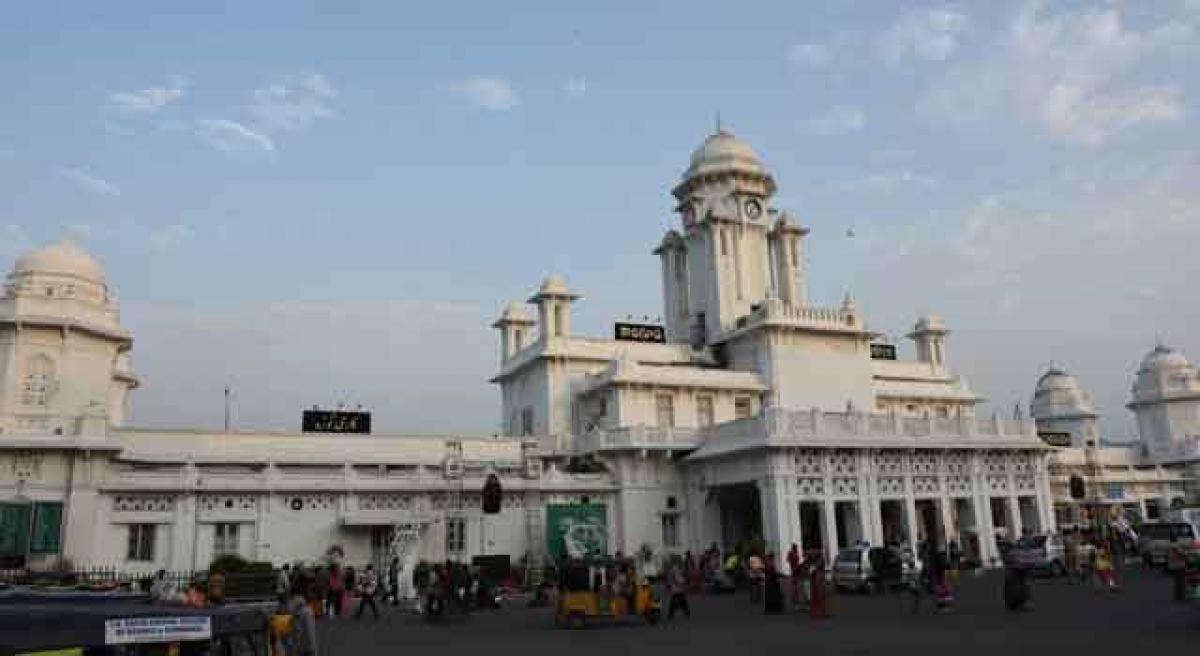 The magnificent edifice in Gothic architecture is sure a ‘cool’ place for travelling youngsters of Hyderabad as Kachiguda Railway Station boasts of Wi-Fi facility, a round-the-clock Café Coffee Day and many other posh amenities.

​Hyderabad: The magnificent edifice in Gothic architecture is sure a ‘cool’ place for travelling youngsters of Hyderabad as Kachiguda Railway Station boasts of Wi-Fi facility, a round-the-clock Café Coffee Day and many other posh amenities.

But the fact is, the A1 category station (stations that earn above Rs 60 crore per annum) is the pride of the South Central Railway (SCR) that turns 100 years this year.

It is a railway station that could well be mistaken for a palace with its unique structural design. Any new visitor coming to the city for the first time is sure to be enchanted by the grandeur of the structure. Constructed in 1916 by the Nizam, it was then part of the Nizam State Guaranteed Railway.

Today, Kacheguda station is bustling with activity but there was a time when wooden carriages as big as a living room with an open space for ice to be kept in the centre to make the carriage cool. Reminiscing about the past, P Anuradha Reddy, Intach co-convenor says, “Kacheguda Railway Station is important in more than one ways.

It not only took people to Aurangabad but also played an important part in giving a fillip to the economy.” Cotton was the staple crop in Nanded and the adjoining districts of Aurangabad. Visualising the importance of rail transport, the erstwhile Hyderabad State undertook the laying of Hyderabad-Manmad railway line, which later came to be called the Godavari Valley Railway, which again was renamed Kacheguda-Manmad railway.

Kacheguda Railway Station is one of the most aesthetically built stations not only under SCR but in the whole of India. In 1840s, there was a lot of support in Great Britain for setting up railways in India as banks lobbied hard and as a result, the British Parliament approved the setting up of Guarantee System, whereby any company that constructed railways in India was guaranteed a certain rate of interest on its capital investment.

The guarantee was for a return of 5 per cent annually. Kacheguda Railway Station, in its 100 years of history, did see several highs and lows and has withstood the passage of time.

It not only played a vital part in giving boost to the economy of the region but has also been an example for its organic structure. Raman, a conservation architect says, “The central tower has a capacity to hold large amounts of water and the minarets are designed in such a way that they draw in cool air.

You no longer get such railway stations anywhere in India.” The SCR has now added a museum at the station that takes one back in time. Photographs, information and flow charts explaining the intricacies of maintaining the trains, signaling equipment and prototypes of locomotives are showcased in the museum.