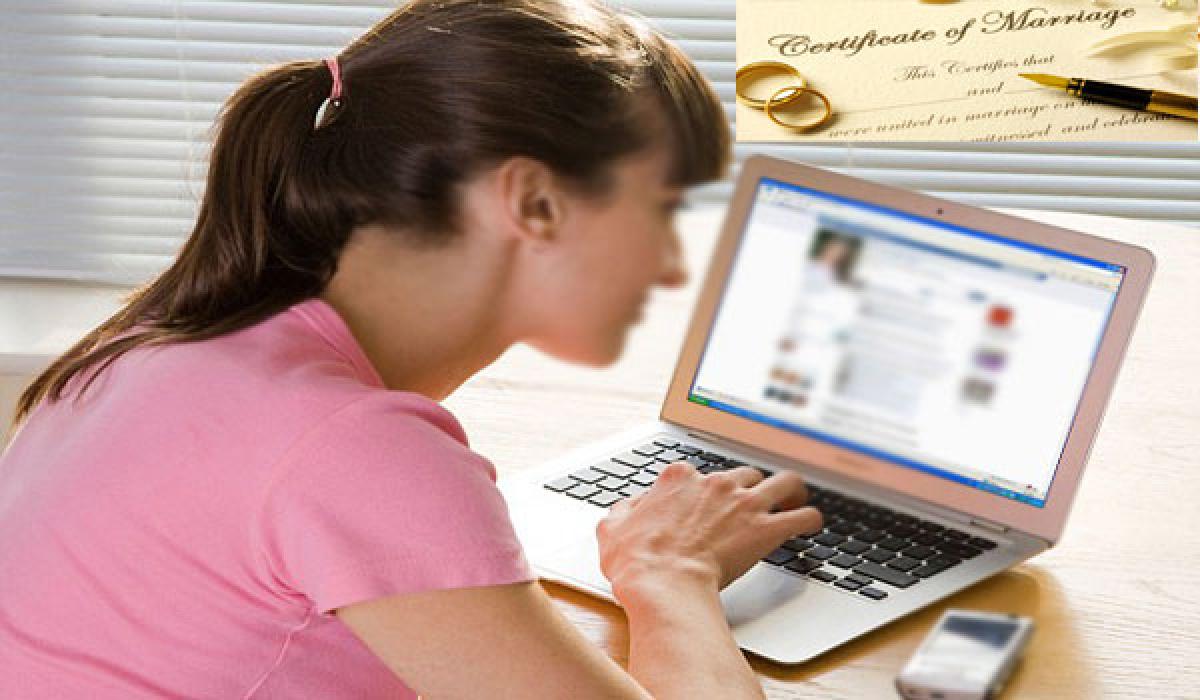 Gone are the days when one would have to make several rounds of registrar’s office before getting married in the presence of the registrar. Putting an end to the existing cumbersome manual process, State government would soon introduce online registration of marriages.

State government will soon introduce online registration of marriages
Hyderabad: Gone are the days when one would have to make several rounds of registrar’s office before getting married in the presence of the registrar. Putting an end to the existing cumbersome manual process, State government would soon introduce online registration of marriages.Under the new system, people will have to submit applications online along with Aadhaar card numbers of both the bride and bridegroom.

The applicants will have to fill up the form with all the required details and choose the date of appointment from the options shown online. Once the system accepts their application they would be given a time slot just as it happens in case of online application for passports.

After receiving the date of appointment, the couple will have to carry documentary proof of nationality, address, age, and marital status and after verifying the documents their marriage would be formalised at the local Registrar’s office. The couple can also get their marriage certificates online.

Sources said that software required for introduction of this system has already been developed and to check multiple marriages by the groom, all the 141 Registrar offices in the State would be integrated. Top officials of the State Registration Department told The Hans India that the government has taken the initiative of online system to encourage people to register their marriages in the government records as mandated by the Supreme Court recently.

The registration of marriages reported at Sub-Registrar offices was very low in numbers. Hardly, 5,000 marriages are reported at the Registrar offices in the state every year. Majority of the marriages registered were inter-caste or inter- religion marriages only. At present, the government is issuing certificates under Hindu Marriage Act and Special Marriage Act. The government has framed certain guidelines and eligibility criteria for the issuance of marriage certificates to the applicants under the two separate Marriage Acts.

Official said the online system would also help check multiple marriages. All the data regarding the registered couple would help to cross check the marriage status of the applicant. The fee being collected from the applicants would be finalised soon. The new system would be introduced on pilot basis in one of the Registrar offices in Hyderabad and then it would be extended to all Sub-Registrar centres by the end of this year.