Telangana to get its own bull a la Ongole 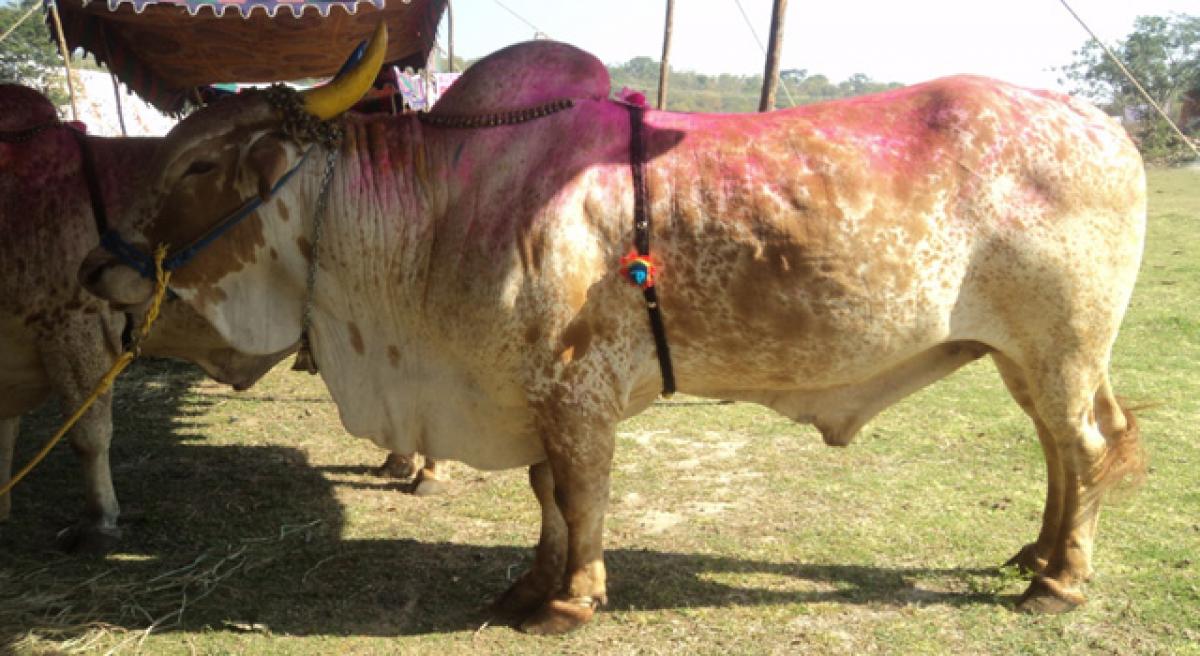 Thanks to the conservation efforts of local tribals helped by NGOs, the \'Nallamala Poda\', a species native to Mahbubnagar in Telangana, will soon be recognised as special breed of Telangana. It is estimated that the state has around 25,000 such bulls.

Hyderabad: Thanks to the conservation efforts of local tribals helped by NGOs, the 'Nallamala Poda', a species native to Mahbubnagar in Telangana, will soon be recognised as special breed of Telangana. It is estimated that the state has around 25,000 such bulls.

Bred mostly in four mandals Amrabad, Achampet, Mannanur and Lingal bordering Nallamala forest, the Nallamala Poda also called as Thurupu has not been registered as cattle breed. Livestock Node of RRA Network and WASSAN (Watershed Support Services and Activities Network) programme has completed the field survey to identify potential livestock population in the State. “Almost 70% of the physical characterisation has been completed on way to registration.

The data will be forwarded to National Bureau of Animal Genetic Resources in Karnal, Haryana by Telangana government. It will be registered as Telangana's first cattle breed by the end of 2017, on the lines of Ongole breed of AP,” said Sabyasachi Das of WASSAN, involved in physical characterisation.

This bull which was tamed by local tribals has the capacity to cope with harsh climatic conditions and evade any wild attack by sensing from as far as 2 km. Moreover, this beast is mostly known for its capacity to work on fields for about 12 hours and to identify the water sources from huge distances. “This rare cattle species also known as Mannanur are being reared mainly by Lambada and Golla communities, in and around Mannanur forest areas.

After realising its potential, the local communities formed a Nallamala Poda Gav Lakshmi Sangham and came forward for physical characterisation process for registaration,” said M A Saleem, president Conare, another NGO working on the project. The Sangham now has more than 100 members, who feel that the Nallamala Poda is for Telangana, what Ongole bull is for AP.

Some of the farmers who made good money by selling the cattle pointed out that they will not be taking up 'artificial insemination' to protect the speices and maintain its pure breed. While acknowledging the low capacity amongst the female to produce milk, they point out that cow's milk is mostly utilised for its calf, but not for commercial purpose.

“We shall continue to breed the animal in natural conditions. Now protecting this breed is important for existence, hence we say no artificial insemination,” said G Hanumanthu, president of Sangham.