Youth runs away from MGM hospital 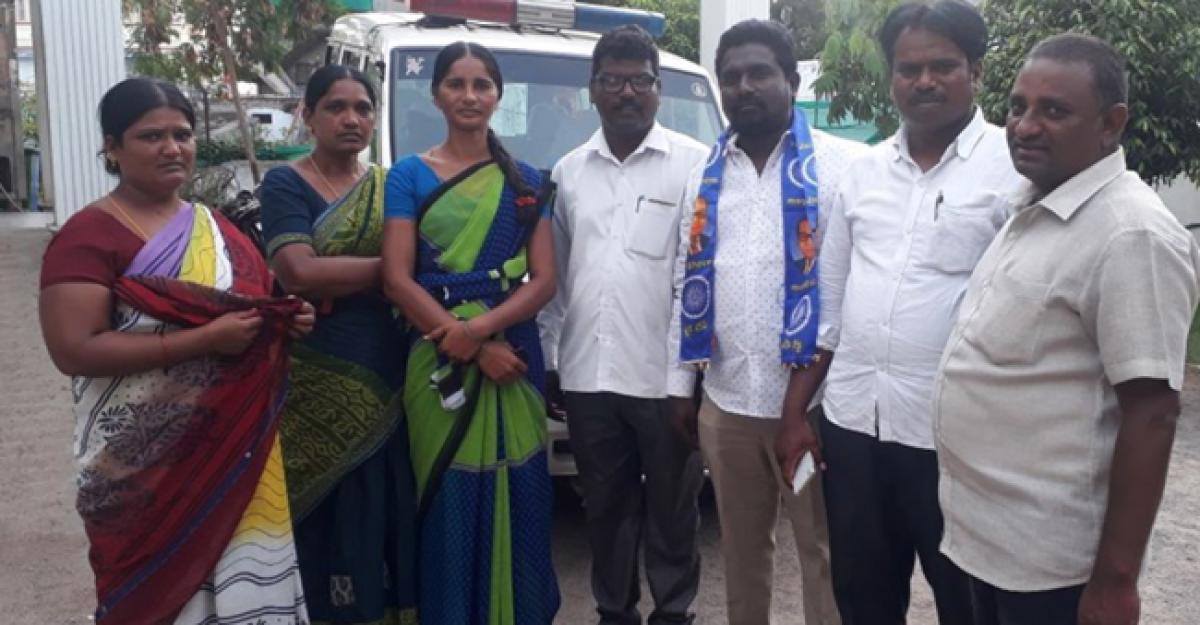 Panicked at the alleged rude behaviour and threatening by a junior at MGM Hospital, a youth admitted at the hospital for treatment following suicide attempt, ran away on Monday.

Warangal: Panicked at the alleged rude behaviour and threatening by a junior at MGM Hospital, a youth admitted at the hospital for treatment following suicide attempt, ran away on Monday.

The missing youth’s mother N Rajitha, a resident of Labour Colony in Warangal, lodged a complaint with Mattewada police on Monday, seeking action against the junior doctor, called Preethi. She said that her son N Sagar was admitted at the hospital after consumed poison on
Friday evening.

On Saturday when the mother was attending to his son at Arogysri ward at the hospital, the doctor allegedly involved in an argument with the patient’s mother and their kin shouting at them, rather rudely.

When they questioned the doctor why she was behaving in rude manner, the doctor threatened them of serious consequences and at a point of time has reportedly pushed Rajitha away and abused her and her relatives in a foul language.

“My relatives came to visit my son and Dr Preethi has objected that and told them to leave. As they were leaving, she started shouting at them calling us lowlifes and telling us to remember our status before speaking to her,” Rajitha stated in her complaint.

The doctor was said to have insisted them in apologising her if they want the patient to be treated. But when Rajitha went to apologise, the doctor threatened her to dismiss her from her job. Panicked at these developments, the youth ran away from the ward. Someone in the ward recorded the episode of the doctor shouting at the patients’ mother on mobile phone and posted it on social media.

When the media persons went to the hospital on Sunday to probe into the matter, the doctors and staff have snatched away their mobile phones.
HMTV Warangal contributor V Ajay was one among the victims. When he took the matter to the notice of Mattewada circle inspector M Ravi Kumar, he got his phone back.

Meanwhile, Telangana Ambedkar Sangham leaders Jannu Bhasker, KVPS leader Aroori Kumar and MRPS leader Earla Kumar extended support to Rajitha and demanded action against the doctor. The police said enquiry was launched into the matter and search for the missing
patient was on.