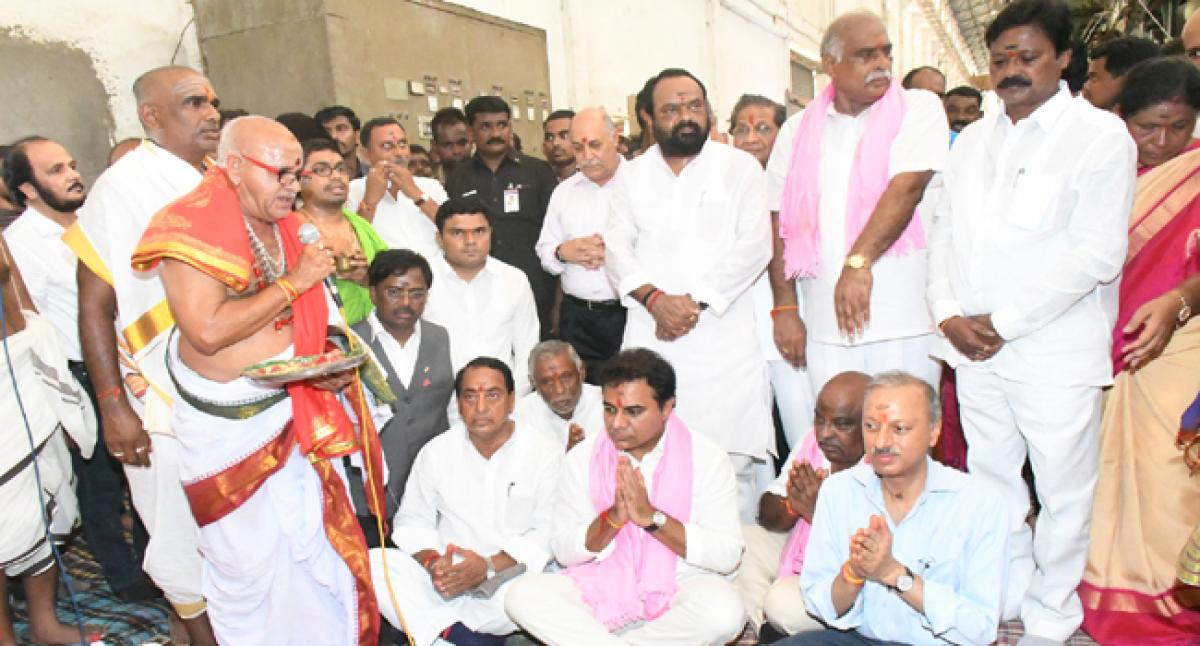 The State government doled out many concessions to the management to get the paper unit reopened, he added. Addressing the gathering at SPM play grounds, KTR assured to release Rs 25 crore for the development of Kagaznagar municipality.

He also assured to sanction seven road bridges in the Assembly constituency after having a word with R and B Minister Tummala Nageswara Rao. Minister A Indrakaran Reddy and Jogu Ramanna lauded MLA K Konappa, who strived hard to reopen the Sirpur Paper Mill. The reopening gave a new lease of life to several villages along with the town.

Stating that 300 km road was already laid, the ministers assured of extending help to complete the remaining 90 km stretch. MLA Konappa thanked the Chief Minister and the Municipal Administration Minister for their role in getting the sick unit revived.