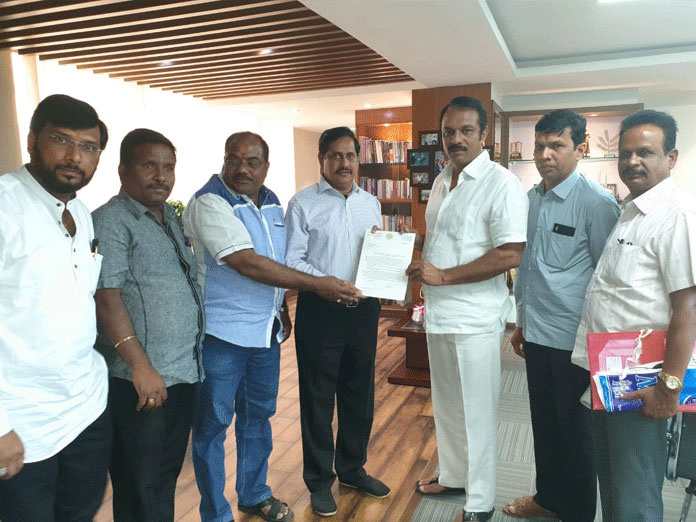 LB Nagar: Seeking support for the street vendors near metro-rail stations in the constituency, Legislator Devireddy Sudheer Reddy submitted a representation to Hyderabad Metro Rail Limited (HMRL) Managing Director NVS Reddy on Wednesday. Speaking on the occasion, Sudheer Reddy said that the authorities arranged lengthy meshes at metro rail stations at Dilsukhnagar, Kothapet and LB Nagar to prevent pedestrians crossing the roads. He said that the arrangements are making the people and street vendors to walk an additional quarter-kilometre to reach the other side of the road. Apart from this, the businesses of the street vendors have been significantly falling down due to the meshes. Sudheer Reddy said that he asked the MD to do justice to the vendors in this regard. He said that NVS Reddy responded positively and assured to address the issue at the earliest. The legislator said that he also asked to extend the Metro rail to Hayath Nagar. The representatives of Dilsukhnagar Traders Association, Netaji Nagar Colony Associaiton, LB Nagar Traders Association Margam Ramesh, Tulasi Srinivas, Satish Goyal, Hanumanth Rao, Shankar Patel, Kasam Ram Reddy and Srinivas were present on the occasion.