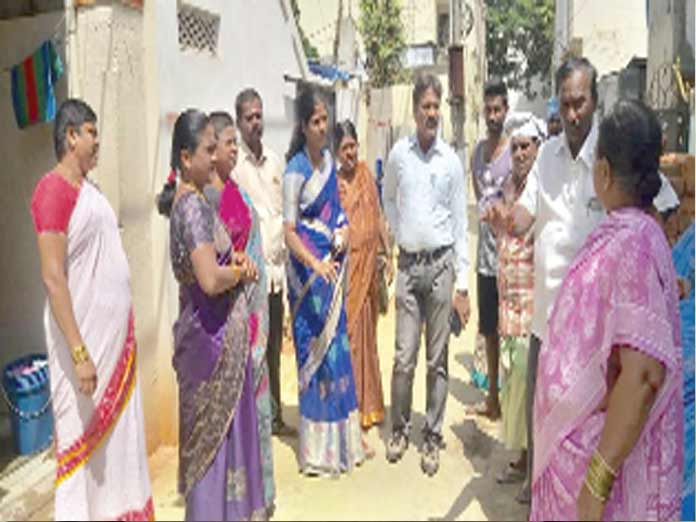 Tarnaka: Local Corporator Alakunta Saraswati stated here on Wednesday that efforts were being made to initiate advance precautionary measure to avert any drinking water problem in the division during summer.

She was speaking while touring Manikeswarnagar in the division along with HMWS&SB Deputy General Manager Santosh. The corporator urged him to take steps so as to ensure that there was no water shortage in the Tarnaka area.

If required, she suggested that water tankers should be pressed into service. Also, steps should be taken to prevent any drainage problems in the division, Saraswati urged the Board officials. Leaders of Telangana Rashtra Samiti of the division accompanied her during the tour.