Will be probed from all angles: CP 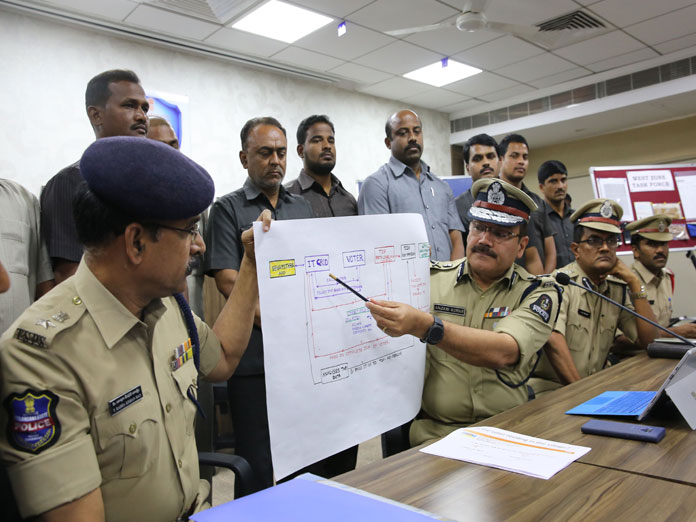 City Police Commissioner Anjani Kumar on Wednesday said that the IT Grids data theft case would be investigated in all angles Based on the complainant G Dashratha Rami Reddys allegations, the Commissioner said their first objective is to find whether the deletion of votes occurred or not

Hyderabad: City Police Commissioner Anjani Kumar on Wednesday said that the IT Grids data theft case would be investigated in all angles. Based on the complainant G Dashratha Rami Reddy’s allegations, the Commissioner said their first objective is to find whether the deletion of votes occurred or not.

The complainant alleged that the IT Grids India Private Limited company’s surveyors deleted the votes of the citizens who participated in their survey and gave their preference to a political party. The CP said during their investigation they found that some persons votes were deleted after they revealed their preference to a particular political party. He said that they are enquiring on how many citizens participated in the survey and who was the sub-contractor to the IT Grids company, who was holding the complete data.

According to the complainant’s allegations, it was found that the Sevamithra App was doing the election survey through IT Grids company. The company representatives called the voters on phone and collected information based on their questionnaire.

Later, the company transferred the data to the TDP booth level Sevamithra convenor. In turn the convenor sent the information to their representatives to conduct field enquiry. During field enquiry they collected personal and sensitive information of the citizens like Aadhaar, mobile number, community, education and their preference and rating to a political party and whether the voter residing presently in the village or not.

Later, they pass on the complete information of voter to the IT Grids company. After analysing the data, the complainant alleged that the IT Grids company passed it on to TDP key person. The CP said that investigation is also going on to trace the key person. Later, the key person falsified the voter information and forwarded the same with an intention to remove his vote from voters list to the officer who prepares voter list. The CP further added that on the guidelines of Election Commission of India, they along with Cyberabad police will move further in the case.