Implications of genetic testing in breast and ovarian cancer 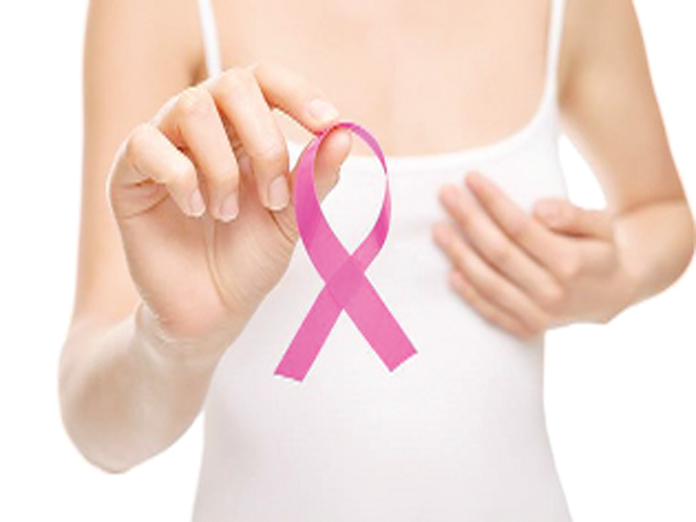 It is projected that cancer incidence in Indian women will increase to 190-200 cases per lakh by 2025 (Globocan, 2018; ICMR, 2012). Mortality to incidence ratio is worst in India for breast and ovarian cancers with one in every 28 women likely to develop it during her lifetime and one in every two women diagnosed with it, succumbs.

Harmful mutations (multiple changes in DNA sequence) in BRCA1 and BRCA2 genes are known to be associated with high risk of developing hereditary breast and ovarian cancer (HBOC) syndrome.

About 20-25 per cent of breast cancer cases are attributed to mutations in BRCA1 and BRCA2 genes. There is also an increased risk of developing cancer in other breast or ovarian cancer, after the first onset of breast cancer, in women who carry mutated BRCA1 or BRCA2 genes.

Next Generation Sequencing based genetic test is a blood test that uses technique to analyse genomic DNA for detecting mutations in the multiple genes in a single assay. This is a high throughput, highly sensitive and robust sequencing method that generates more reliable results.

It is a comprehensive assay covering single nucleotide variations (SNVs) and short insertions and deletions (InDels) and a cost-effective alternative to other available techniques with a shorter turnaround time.

BRCA1 and BRCA2 genetic test helps to identify the hereditary risk (presence of personal or family history) accurately and also helps to recognise the disease prognostication (impact on overall survival rate of breast cancer patients) and adds theragnostic value (deciding the best drug treatment). One of the most important utilities of the test is to improve early detection by 1.5 to 2.5 times and, therefore, increases overall survival and reduces the cost of treatment.

Who should get tested?
Genes are inherited, therefore, knowing your family history is significant when determining breast cancer risks. If either of your parents has a BRCA1 or BRCA2 mutation, you have a 50 per cent chance of inheriting the mutated gene. One should consider gene testing if any one of the following conditions are predominant.
• A personal history of breast or ovarian cancer diagnosed at young age (premenopausal), bilateral breast cancer (affecting both breasts) or presence of both ovarian and breast cancer
• A family history of breast, ovarian, fallopian tube, peritoneal, prostate, or pancreatic cancer
• A male family member having breast cancer
• A relative with a known deleterious mutation in BRCA1 or BRCA2 genes
• A history of breast cancer diagnosed below age of 45 years
• A family member with bilateral breast cancer below age of 50
• An individual with triple negative breast cancer below age of 60 years with or without family history.
• Two or more relatives with ovarian cancer
• Both breast and ovarian cancers in either the same woman or the same family
BRCA1 and BRCA2 gene test has different implications on asymptomatic individuals and newly diagnosed patients.
A positive test result indicates that a person has inherited a harmful mutation in either BRCA1 or BRCA2 gene, and therefore, has an increased risk of developing breast or ovarian cancer as compared to general population. However, a positive result doesn't mean that an individual will develop cancer.

A positive test result in an asymptomatic individual would help in disease prevention, early detection and better management of the disease by increased surveillance, using risk reducing chemoprevention or surgical interventions. Bilateral total mastectomy and oophorectomy may also reduce the risk of breast cancer and ovarian cancer in mutation carriers.

This type of test result may be described as “a genetic variant of uncertain significance” because it is not known whether this specific genetic change is harmful. A study in Asian women found that 7.8 per cent of women who underwent BRCA1 and BRCA2 mutation testing had this type of ambiguous result. (The writer is a Sr. Genome Analyst (Oncology), MedGenome Labs)