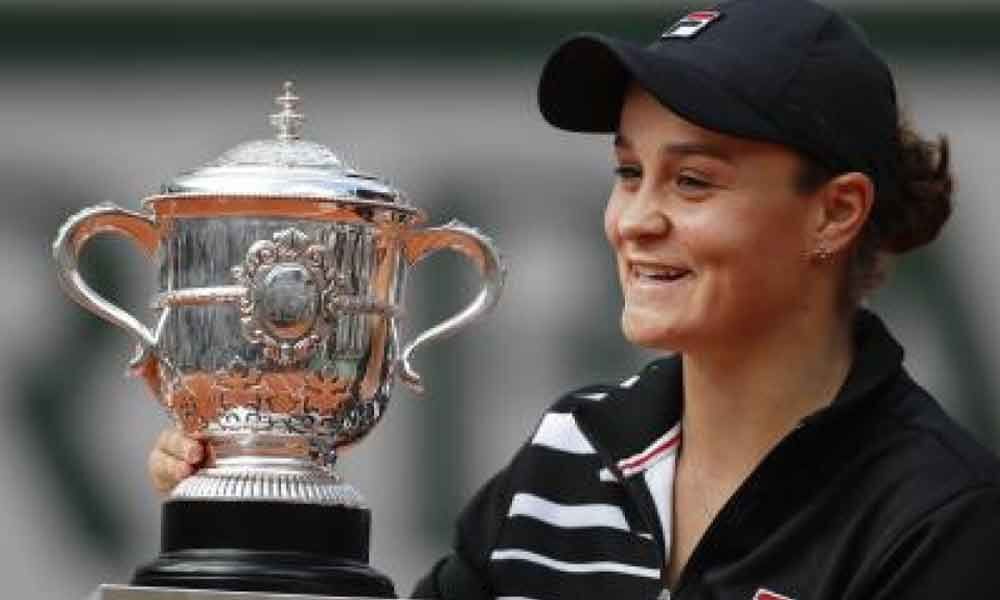 The 23-year-old Barty, who has enjoyed a meteoric rise up the rankings after resuming her tennis career following a hiatus to play professional cricket, earned a 6-1, 6-3 win over the 19-year-old Vondrousova on Saturday in the one hour and 10 minutes match, Efe news reports.

Barty, who was ranked No. 325 at the end of the 2016 season, shortly after starting her comeback to the WTA Tour, is set to rise to a career-high No. 2 (behind only Japan's Naomi Osaka) when the new rankings come out on Monday.

She is the first Australian player -- man or woman -- to win a French Open singles championship since Margaret Court in 1973, who captured the second-to-last of her record 24 Grand Slam women's singles titles that year in Paris.

The world No. 8 jumped out to an early lead against a clearly nervous Vondrousova, a promising young southpaw who was not accustomed to the big stage.

In a match-up of two players known for their variety of shot and creativity, Barty led 4-0 before the 38th-ranked Vondrousova finally got on the scoreboard, with the Czech winning a shockingly low 29 per cent of her first-serve points in the opening set and striking just two winners to her opponent's 13.

The only game Vondrousova won in the first set came via a break of Barty's serve.

The second set was slightly more competitive, but Barty remained in control at all times, improved her play on serve and broke Vondrousova's serve twice more, including one final break in the last game.

"It's unbelievable. I'm a little bit speechless. I played the perfect match today. I'm so proud of myself and my team. It's just been an incredible two weeks," Barty was quoted as saying on Tennis Australia's Twitter account.

In her post-match remarks, the humble Barty reflected on Court's success and also noted that one of her contemporaries has been a consistent contender at Roland Garros.

"It's a special place for Australian players. (Samantha Stosur) has done so well here in the past (losing in the 2010 final and reaching the semifinals on three other occasions). She's been so close before. I'm incredibly proud of what I've been able to achieve. It's just been a magical two weeks."

Barty is a former Wimbledon junior champion who walked away from the sport due to burnout after the 2014 US Open.

During that hiatus, she showed her versatility as an athlete by briefly competing for the Brisbane Heat women's professional cricket team despite not having any formal training in that sport.

Barty, however, was encouraged to return to tennis by her close friend and former doubles partner, fellow Australian Casey Dellacqua, with whom she was runner-up at all four Grand Slam tournaments.

The Australian, who has mainly focused on singles since her return to the WTA Tour, has teamed up with different partners since Dellacqua's retirement last year and won the 2018 US Open women's doubles title with American CoCo Vandeweghe.

Until this fortnight, Barty had never reached a Grand Slam singles semifinal, her best previous result at a major having been a quarterfinal berth at this year's Australian Open.

Her victory at the French Open has come as a big surprise considering that her best career results have come on grass and hard court and she had never advanced beyond the second round at Roland Garros in five previous appearances at tennis' clay-court Grand Slam event.

Despite never before playing singles in the final weekend of a Grand Slam tournament, the 2019 Miami Open champion and Fed Cup stalwart for Australia had the experience edge in the final over Vondrousova, whose best previous result at a major was a fourth-round showing at the 2018 US Open.