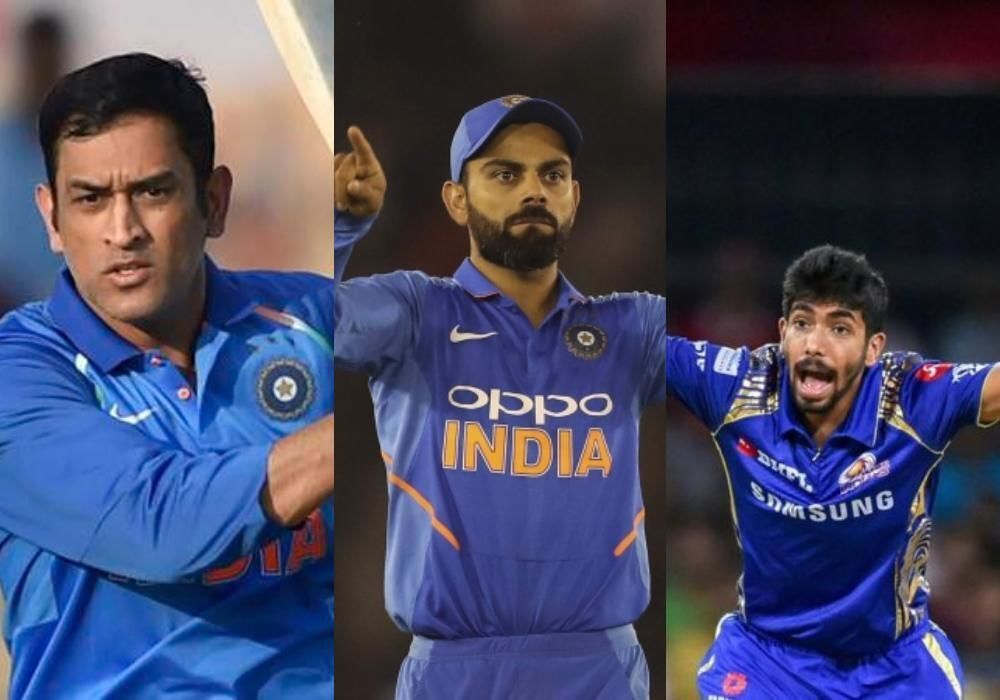 The Indian squad for the World Cup certainly packs a punch. From featuring several hard-hitting batsmen to having some of the most skilfull bowlers...

The Indian squad for the World Cup certainly packs a punch. From featuring several hard-hitting batsmen to having some of the most skilfull bowlers going around, the men in blue look to have all the bases covered. However, given the fact that they will be locking horns with the likes of England, Pakistan and a few more tournament favourites, the fans will be hoping for each of the players to come to the party when the need arises.

And even though India boasts of numerous match winners, here, we present you three cricketers who hold the key for the team's fortunes in the upcoming cricketing extravaganza.

As always, Virat Kohli will have a billion hopes riding on his shoulders each time he takes the field in the World Cup. Reigning supreme as the world's best batsman, the Indian skipper can work wonders for the team's cause. From crushing the bowlers with the bat to outsmarting the opponents with his captaincy skills, Kohli can play the pivotal role in scripting the path to glory for India.

A brilliant stroke maker, an expert finisher, a super skillfull wicket-keeper and an astute tactician; MS Dhoni will perhaps be the biggest asset for Team India in this World Cup. Being the most experienced member of the squad, Dhoni, apart from showcasing his unmatched prowess in the game, can also play a crucial role in crunch situations by guiding the younger members of the team. Having won the title in 2011 and leading the side into the semi-finals in 2015, the 37-year-old will be a key factor in determining India's fate in 2019 as well.

Fast emerging as one of the most feared bowlers in limited overs cricket, Jasprit Bumrah is all set to play in his first World Cup this year. Armed with an envious skillset for a fast bowler, the young cricketer has taken rapid strides to become India's strike weapon with the ball. Be it for delivering early breakthroughs, breaking partnerships in the middle overs or choking the run flow at the death, Bumrah will be a key component of Virat Kohli's plans. It is imperative that he continues his good form for India's run this season.