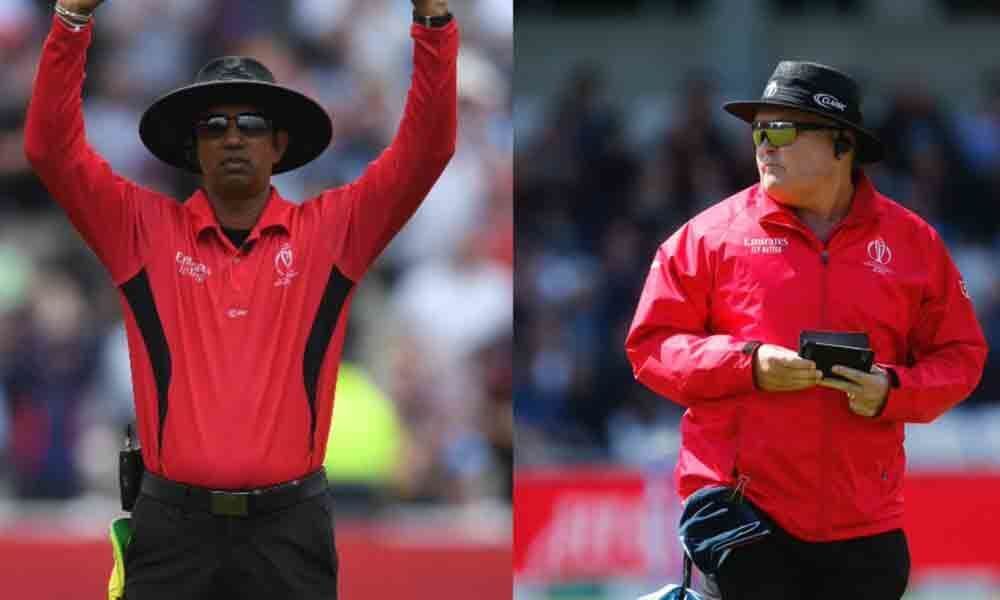 Sri Lanka's Kumar Dharmasena and Marias Erasmus of South Africa were Friday appointed as the on-field umpires for the World Cup final between hosts England and New Zealand at the iconic Lord’s on Sunday.

London (PTI): Sri Lanka's Kumar Dharmasena and Marias Erasmus of South Africa were Friday appointed as the on-field umpires for the World Cup final between hosts England and New Zealand at the iconic Lord's on Sunday.

Australia's Rod Tucker will be the third umpire while Pakistan's Aleem Dar will be the fourth official, the ICC said in a statement. Sri Lanka's Ranjan Madugalle will be the match referee for the summit clash. All the officials appointed for the final were also in charge of the second semifinal between England and Australia, which the hosts won by eight wickets on Thursday.

In fact, it was Dharamasena who gave a contentious decision against England's Jason Roy in Thursday's second semifinal at Edgbaston. Roy (85 off 65 balls) seemed set for a century when he missed a pull shot off Pat Cummins in the 20th over of England's chase. Dharmasena, who was initially hesitant, gave the batsman out after persistent appeals from Australian players. Roy was furious as according to him the ball didn't touch his bat or gloves but he had to abide by the decision as England had already lost their review by then.

Roy, who had a few words with the umpires, was later fined 30 per cent of his match fee for showing dissent against the onfield officials. Besides the fine, the ICC also added two demerit points to Roy's disciplinary record.