I made no demands neither did I try to force myself into World Cup squad, says AB de Villiers 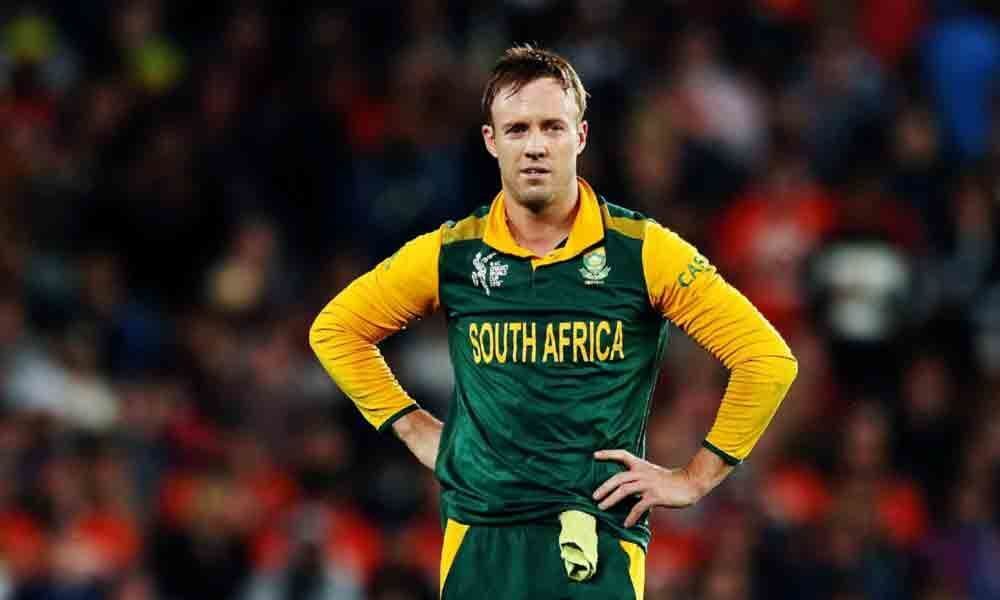 Retired South Africa great A B de Villiers Friday broke his silence on the controversy surrounding his international comeback that never happened, saying he did not demand an 11th hour return before the World Cup.

Johannesburg (PTI): Retired South Africa great A B de Villiers Friday broke his silence on the controversy surrounding his international comeback that never happened, saying he did not demand an 11th hour return before the World Cup.

In a detailed statement, de Villiers gave his side of the story after he was criticised for picking and choosing international assingnents after announcing his retirement last year.

"I made absolutely no demands at all. I certainly did not try to force my way into the World Cup squad on the eve of the tournament, and did not expect to be included. There was no burning issue from my side, and no sense of injustice," said one of the modern greats who played 114 Tests and 228 ODIs.

In the middle of South Africa's World Cup campaign, a media report had claimed that the 35-year-old had offered to come out out of retirement a day before the squad for the event was to be picked but the team management rejected it.

South Africa crashed out of the tournament with three wins in nine games. De Villiers said he was privately asked on the day of his retirement if he was open to play the World Cup and he did not offer.

"During the weeks and months that followed (his retirement), there was no formal contact between Cricket South Africa or the Proteas and me. I didn't call them, and they didn't call me. I had made my decision and the Proteas moved on, enjoying success under the expert guidance of coach Ottis Gibson and the outstanding captaincy of Faf du Plessis."

During his chat with captain and friend du Plessis, de Villiers said he made it clear that he was available only if required. "Faf and I have been friends since we were at school together and, two days before the World Cup squad was announced, I contacted him for a chat. I had been in decent form during the Indian Premier League and casually repeated what I had said when asked a year earlier, that I was available if required... but only if required."

It hurt de Villiers that his private conversation with the skipper was leaked in the media following the team's loss to India.