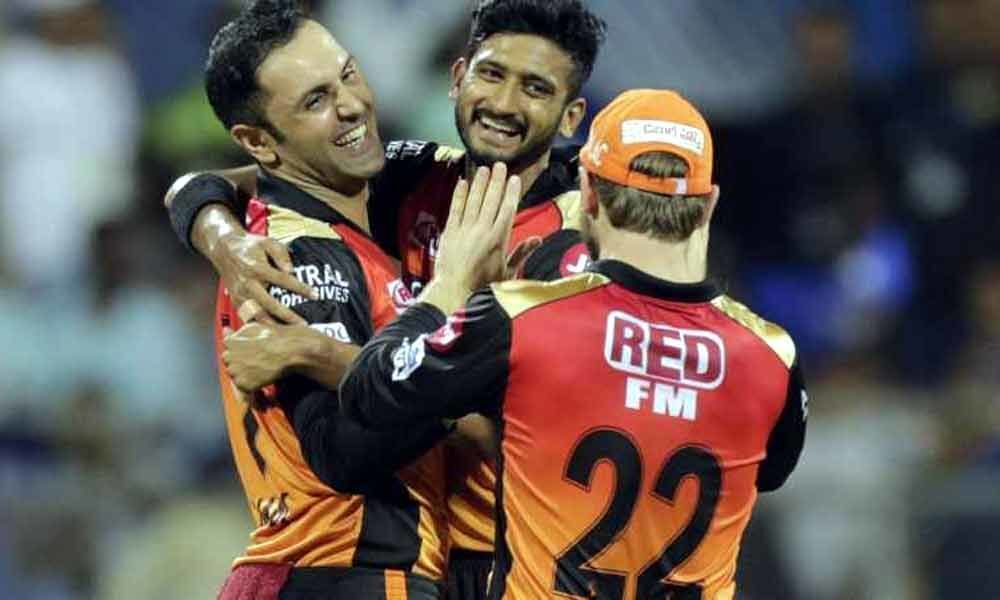 Nabi admitted that it wasn't a joyride for SRH, but now is the time to hit the fifth gear and forget the past.

NEW DELHI: Just as Chennai Super Kings, Mumbai Indians, Delhi Capitals and Sunrisers Hyderabad get ready for the playoffs in the 12th edition of the Indian Premier League, Hyderabad will miss the services of two of their star performers in the group stage -- David Warner and Jonny Bairstow.

As the team now prepares to take on Delhi Capitals in the Eliminator on Wednesday, senior all-rounder Mohammad Nabi believes that the form of the local players is just as important for a team to win the tournament.

"It is no secret that the likes of Warner and Bairstow did a brilliant job for us, but this is the year of the World Cup and the players had to go back to prepare for the showpiece event.

"However, you cannot sit back on that and look for excuses because those waiting in the wings are also good. There are some good local players in this team and their form matters a lot. Local players must do well for a team to win the tournament," he told IANS.

Hyderabad haven't had an easy ride this season and had to finally wait for Mumbai to beat Kolkata Knight Riders so that they could slot in as the fourth team in the playoffs.

Nabi agrees that it wasn't a joyride for them, but now is the time to hit the fifth gear and forget the past.

"There has been a little bit of ups and downs, but we didn't lose any game one-sided. The comeback has been well and it is now time to take the game to the next level in the playoff stages. You do have some off days so that has happened to us as well this season. Luck does play an important role and we must now look forward," he said.

Despite being one of the senior players in the team, Nabi has played just seven games this season. But the Afghanistan star believes that it is all about the right composition and winning matches is more important than personal glory in a tournament like IPL.

"Opposition is taken into account when making the playing XI, so you have to sometimes sit out and there is no reason to complain and you just have to be ready for when you get the opportunity. The captain and coach pick the team also taking a look at who we have on the other side. This is part and parcel of playing in a league of this standard," he smiled.