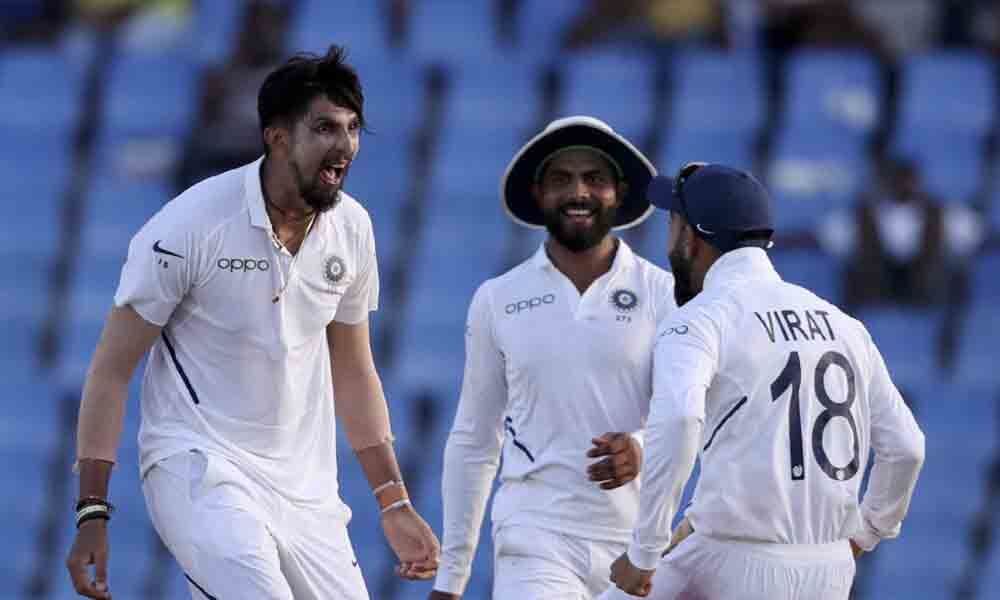 New Delhi (IANS): Indian cricket has seen a meteoric rise in the last two years -- especially in Test cricket -- wherein Virat Kohli and boys have not only dominated on home soil, but have also done well overseas. While the team was unable to win Test series in England and South Africa, the Indians put in commendable performances in both countries and finally managed to cross the line in Australia as they became the first Indian team to register a Test series win Down Under.

Team India have won 9 out of the 19 Tests they have played since 2018. Out of these, they won 4 Tests on away soil (1 in South Africa, 1 in England and 2 in Australia). While winning and losing is a part and parcel of sports, the talking point not just in Indian cricket but across the international circuit has been the way the Indian pacers have performed both in home and away conditions.

The induction of Jasprit Bumrah has given the Indian pace attack a distinct edge over other Test playing nations. Bumrah, the leading pacer in Tests and ODIs, has been ably supported by the likes of Ishant Sharma, Mohammed Shami, Bhuvneshwar Kumar and Umesh Yadav who have been with the team since the leadership of M.S. Dhoni. Since 2018, these five pacers have a combined wicket tally of 172 wickets in the 16 Tests matches that India have played till now.

In the last two years, Bumrah has scalped 55 wickets in 11 Tests and has been the go-to-man for skipper Kohli. Shami, who has made a sensational comeback in international cricket after issues on the home front, has been more fit and agile and scalped 53 wickets in the 14 Tests he played.

Ishant, who rose to prominence after his menacing nine-over spell to former Australian skipper Ricky Ponting in 2008 Down Under, has played the role of the senior-most bowler with full responsibility and took 49 wickets in 12 Tests since 2018. 'Vidarbha Express' Umesh also found his lost sheen in the said period and scalped 20 wickets in 5 Tests while Bhuvneshwar was able to pick 10 wickets in the 2 Tests he played since 2018.

On the other hand, ace off-spinner R Ashwin has taken 38 wickets in 10 Test matches while Ravindra Jadeja has picked 29 wickets in 7 Test matches he has played for the Indian team in the said period.

Team India have kicked off their World Test Championship campaign in emphatic style by defeating West Indies 1-0 in the first Test. Kohli has time and again lavished praise on his bowlers, especially the pacers, and has stressed how the bowling unit has been a revelation and has contributed a lot to India's success in recent years.

In order to become Test champions in 2021, it's very important for the Indian pace battery to keep performing the way it has been and make sure they keep the batting under the cushion, especially on away tours.