Rohit rates Suryakumar as one of best players of spin 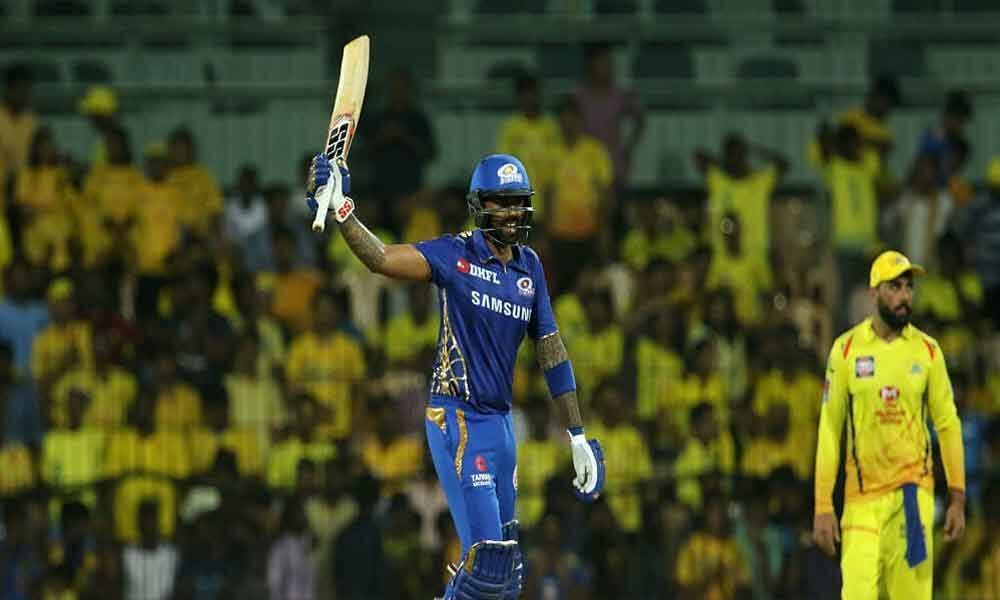 Talented batsman Suryakumar Yadav has earned praise from his Mumbai Indians captain Rohit Sharma who described him as one of the best players of spin bowling after his match-winning 71 not out against Chennai Super Kings in the first IPL Qualifier here.

Chennai:Talented batsman Suryakumar Yadav has earned praise from his Mumbai Indians captain Rohit Sharma who described him as one of the best players of spin bowling after his match-winning 71 not out against Chennai Super Kings in the first IPL Qualifier here.

Suryakumar's 54-ball unbeaten knock on a sub-standard Chepauk track ensured a smooth passage to the final for the Mumbai Indians as they beat the defending champions by six wickets.

"He's (Suryakumar) probably is one of our best batsmen against spin. We knew the spin threat CSK possess will be a huge factor. Suryakumar plays spin very well. I have seen him at close quarters. The shots he plays behind the wicket, those are not easy shots. Always knew he was going to come good at some stage," Rohit said after the match on Tuesday.

The 28-year-old Suryakumar, who won the Man of the Match award, said he had decided to play most of his shots along the ground after watching how the pitch behaved when CSK batted.

"After first innings, I saw what happened, not too many players were able to hit the shots in the air. So I wanted to play down the ground, pick singles and doubles. Had the chat after first innings that someone from the top-order will have to play towards the end because it won't be easy for players coming in later," the former Mumbai Ranji captain said.

For Rohit, the role of his three spinners (Jayant Yadav, Krunal Pandya and Rahul Chahar), who gave away only 60 runs for four wickets in 11 overs among them, was important.

"It was important to restrict them to as little as possible, because it can get tricky against their quality spinners," said Rohit.

He was happy that his call to have off-spinner Jayant Yadav paid off.

"It was a call we had to make, knowing they have quite a few right-handers in the CSK squad. Jayant is a quality bowler. Thought that a finger-spinner can be more effective than a wrist spinner. We knew MS (Dhoni) was going to be crucial towards the end. We had plans laid out. When you restrict a team like that under 140, it looks very good. Credit to our bowlers for executing that."

MI has always done well at the Chepauk and Rohit attributed it to understanding the conditions well.

"We've got a balanced squad. Whatever the conditions are, we've got the squad for them. Have the balance we need on that kind of pitch. Even the batters are confident in what they want to execute. That's probably one of the reasons we've had some success in Chennai because we play the conditions well and understand the conditions well."

With a good four days left before the final, the MI skipper wants his team to switch off and relax for a couple of days before the grand finale.

"It was a great effort. It's great feeling to know that we'll be playing the finals. Three days now in which we can switch off before the final. It is a much-needed break.