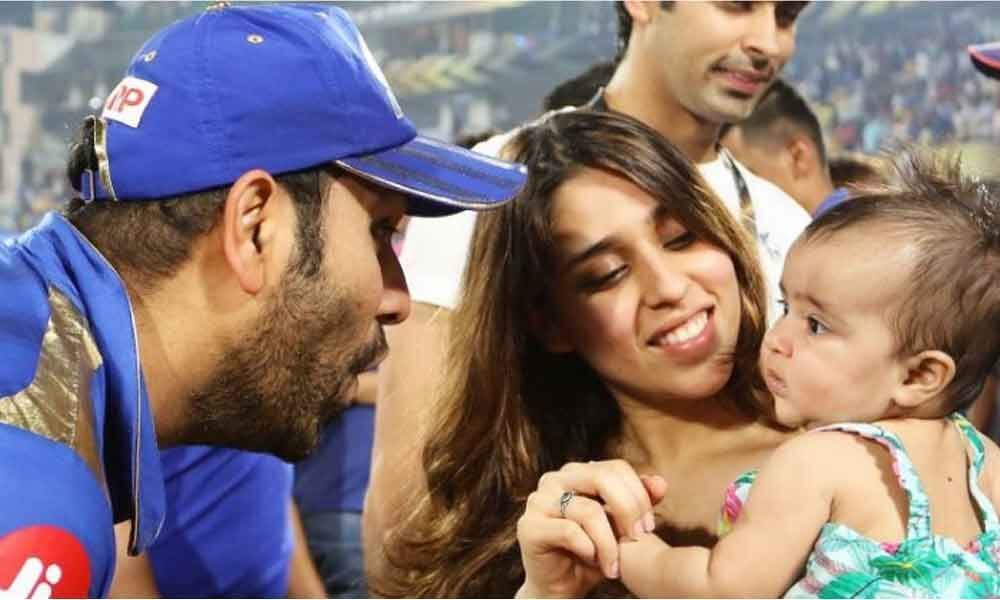 'Winning the IPL in front of Samaira is special this is her first IPL and she came for most of the games,' said Rohit.

"It is special. Not just Samaira but you (addressing his wife, Ritika) also. Yes, (winning in front of) Samaira because this is her first IPL and she came for most of the games. I'm very happy," Rohit said replying to Ritika, who asked him how he felt about winning the fourth title in front of Samaira in an IPL video.

A new experience for @ImRo45 who lifts his little munchkin before lifting the #VIVOIPL 🏆#MIvCSK pic.twitter.com/oqsih3xfk4

Chasing a moderate total of 150, Chennai Super Kings' Shane Watson almost took his team over the line. However, in the last over, Watson got run out which ended his knock of 59-ball 80.

When Ritika, who did not watch the final over, asked whether Rohit's heart was racing in the last over, the hitman said, "I have to watch it (unlike Ritika) and have to be in the game. It was quite a tense one. We all know how last overs are. I still remember there was a little bit of flashback of 2017 (against Rising Pune Supergiant) when we played here. We defended say around 9 or 10 runs in the last over. Again we had a champion bowler Mitchell Johnson for last over. This time we had Lasith Malinga."

Jasprit Bumrah was adjudged Man of the Match for returning with 2/14. South Africa and Chennai's Imran Tahir collected the Purple Cap for 26 wickets while Australia and Sunrisers Hyderabad batsman David Warner won the Orange Cap for scoring 692 runs at an average of 69.