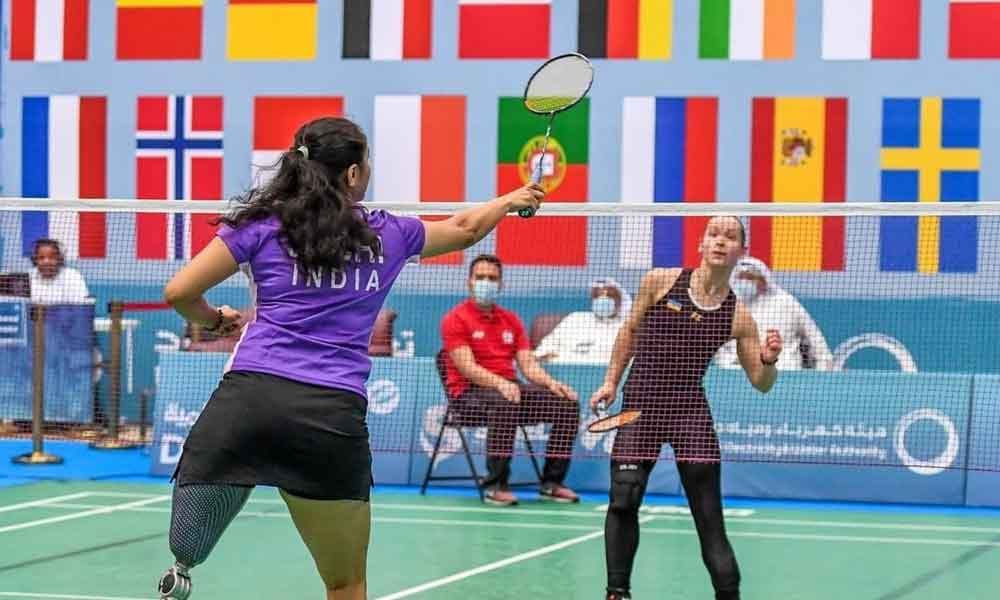 Dubai: Reigning world champions Pramod Bhagat and Manasi Joshi were among Indian stars who made it to the knockout stage of the 3rd Sheikh Hamdan bin R...

Dubai: Reigning world champions Pramod Bhagat and Manasi Joshi were among Indian stars who made it to the knockout stage of the 3rd Sheikh Hamdan bin Rashid Al Maktoum Dubai Para Badminton International 2021 at the Shabab Al Ahli Club here.

Bhagat, the reigning world champion, said he is aiming for nothing less than gold in his singles and men's doubles SL3-SL4 where he is paired with Manoj Sarkar.

He will face Ukun Rukaendi in his men's singles SL3 quarter-finals on Friday. The Indian defeated newcomer from Maldives Abdul Latheef Mohamed 21-10, 21-9 in his third-round singles match.

"It's always tough to play against Halime, a strong opponent.

She played very well and gave a tough fight. I also made a few mistakes which I will try to avoid as we progress to the next round. Felt a lot of energy in the whole stadium today," she said.

On Wednesday, Manasi had to overcome her Ukrainian opponent Oksana Kozyna in three sets in her second-round match.

With just four players in the fray, Manasi and Parul are expected to play the women's singles SL3 finals. Parmar in fact had won two out of three doubles matches also alongside Palak Kohli in women's doubles SL3-SU5.

The highlight of the day was Nitesh Kumar pulling off a shock win over third seed Indonesia Ukun Rukaendi 21-10, 21-13 in men's singles SH3 third round match.

"It feels great to win against a high ranked player and especially against a player who has been a world champion and is consistent about his performance. This boosts my confidence for the upcoming matches," said Nitesh.

"As we still didn't enter into real computation, these initial rounds were a bit easy. But match by match I am getting to know how the other players are playing. This is also a good assessment of our own games," he said.

Kadam is expected to face Indonesia's Freddy Setiawan in the semifinals.