Eyes on CoA as CAC writes to them, want to pick India support staff 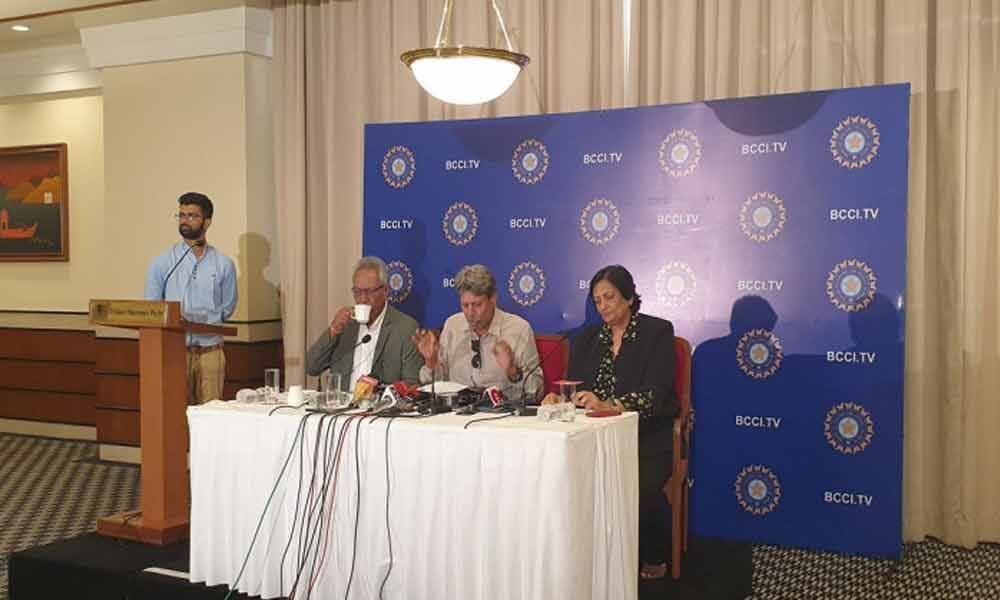 The three-member Cricket Advisory Committee (CAC) comprising Kapil Dev, Anshuman Gaekwad and Shantha Rangaswamy, has asked the Committee of Administrators (CoA) to include the CAC in the process of appointment of the Indian team's support staff.

New Delhi, Aug 17 (IANS) The three-member Cricket Advisory Committee (CAC) comprising Kapil Dev, Anshuman Gaekwad and Shantha Rangaswamy, has asked the Committee of Administrators (CoA) to include the CAC in the process of appointment of the Indian team's support staff.

The CAC had earlier expressed its intention in this regard at the press conference to announce the re-appointment of Ravi Shastri as the head coach of the Indian team till the 2021 World T20. Making its wish official, the CAC has now written to the CoA, putting the latter in a spot.

A board functionary confirmed the development to IANS. "Kapil Dev and team have written to the CoA and made their intentions official to become a part of the support staff appointment procedure as well, but it has left the CoA in a spot as the constitution clearly calls for the selectors to pick the support staff while the CAC is expected to only pick the head coach," the functionary explained.

Asked what the solution could be in such a scenario, the functionary said: "Well, you can always have scope for guidance, if you don't wish to cut them off completely and that is something the CoA has to decide over the weekend as the process of selecting the support staff starts from Monday. The CoA also has the option of making it clear to the CAC how the constitution works.

"Going against the constitution can put the CoA in trouble as it is they who got the new constitution registered. Interesting times ahead for sure," he added.

On Friday, CAC chief Kapil Dev had made his intentions known when he said: "Yes, our opinion should be there. If you ask me, we have (sent) a recommendation to the board about the selection process of the support staff as well. It is not right, if we are not doing that job also. We told them that we would like to be part of the process that finalises the appointment."

While Bharat Arun is certain to be retained as the bowling coach, Vikram Rathour may beat Praveen Amre for the job of batting coach, as current batting coach Sanjay Bangar's position is being questioned after the team's inability to find a competent no.4 batsman put them in trouble during the recently concluded World Cup.