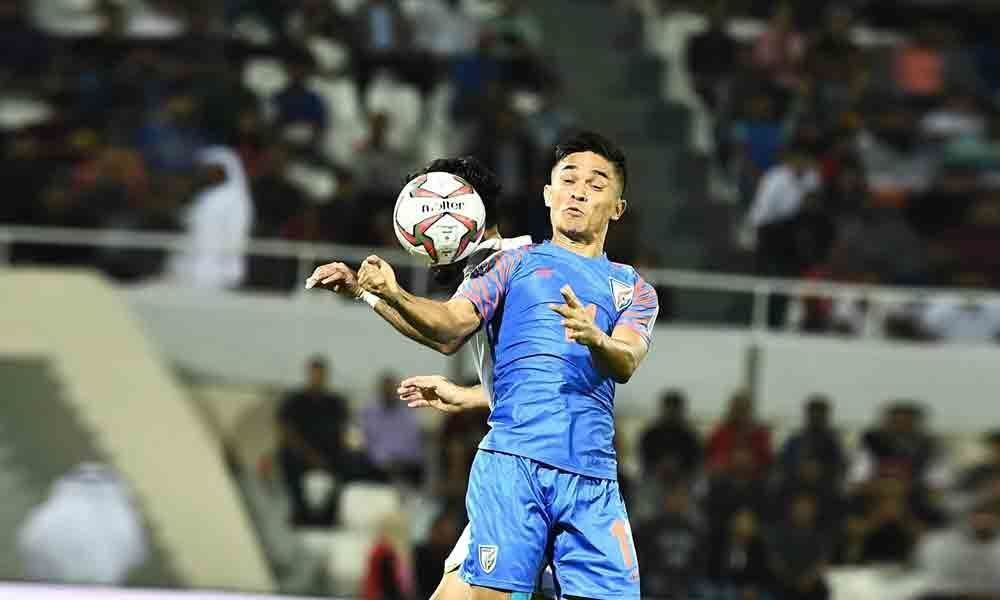 Chhetri became the most capped India player by surpassing Bhaichung Bhutia's 107 international matches and he scored the lone goal for his side in the 31st minute from a spot kick for his 69th goal, though it did not make any difference to the result of the match. The 82nd ranked Caribbean island nation, which has two players plying trade in English Premier League and some others in European leagues, scored three in the space of 18 minutes -- through Roly Bonevacia (16th), Elson Hooi (18th) and Leandro Bacuna (33rd).

A sloppy first half in which India -- ranked 101 -- defended and attacked poorly, saw the team trailing 1-3 at the breather. The new defensive set up -- with Rahul Bheke coming in as central defender -- was looking out of sorts with lack of anticipation and communication. India played a vastly improved football in the second 45 minutes -- which was played mostly under rain -- but could not score another goal. Stimac's charges made at least four chances in the second half with two coming to the 34-year-old Chhetri whose first attempt hit the upright and the other -- another free header -- sailing over the bar.

Though high-profile Stimac, a World Cup bronze medallist and former Croatia manager, began his stint as India coach on a losing note, there were positives to be taken from the match against a more technically superior side. The Croatian gaffer gave international debuts to as many as five players, including to Under-17 World Cup captain Amarjit Singh, and the Indian side played possession football and mostly through ground passes.

Curacao dominated the first half but surprisingly India had more possession with 53 per cent as against 47. The second half was an even contest with India threatening to score several times and they completely dominated the final 15 minutes though another goal eluded them in the end. Udanta Singh was in his usual good touch with most of the Indian attacks coming from the right flank with his fast runs creating problems from Curacao.

But it was Sahal Abdul Samad who was clearly the best Indian player on the field. He was all over the pitch at the centre of the park, initiating attacking moves, making fine turns to get the better of his opponents and not afraid of holding the ball. The introduction of Amarjit and Raynier Fernandes in the second half also added impetus to the Indian attack with both having a fine match overall. "Conceding three goals in the first half against a technically superior team was always going to be difficult to come back. It's a new team with a lot of new players coming in," Chhetri said after the match.

"We made mistakes, especially in the first half. We are going to go to the drawing board and see what we did wrong. We hope to recover fast for the third-place match and do better," he added. India play the losing team of the match between Thailand and Vietnam in the third-place play-off on Friday.