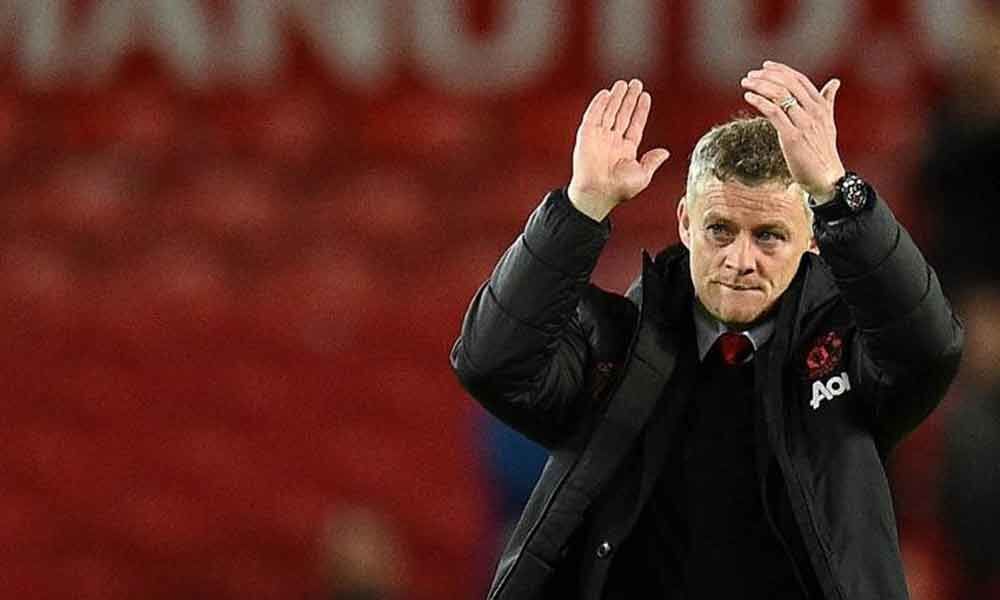 Solskjaer's early form as manager, which brought 14 wins from 17 matches, has dropped off alarmingly, with seven defeats in nine games.

Manchester: Ole Gunnar Solskjaer has declared he will not allow himself to be thrown under the bus by Manchester United's stars after a warning from his former captain Roy Keane.

The latest defeat was at home to neighbours Manchester City on Wednesday, when United legend Keane, working as a television pundit, suggested Solskjaer's players were letting down their manager in exactly the same way they had his predecessor Jose Mourinho.

In Keane's words: "these are the players who threw Jose Mourinho under the bus and they'll do it to Ole", but Solskjaer is adamant that will not happen.

"That was Roy Keane who said that, wasn't it? Of course that is not going to happen," Solskjaer said.

"I speak to the players all the time; they know my expectations and standards. I have got three years here now and I am going to do whatever I can to make this club successful.

"We do that together, it is not like players against managers here. Supporters know, we know, we are doing this together and working together to improve. We are all in this together."

Solskjaer signed a three-year contract in March, having made a significant impact after arriving as caretaker manager in December to replace Mourinho.

One of the Norwegian's great strengths initially was his respect for the culture of the club, having played for them between 1996 and 2007, before managing their reserve team from 2008 to 2011.

Solskjaer was hugely successful as a player at United under the management of Alex Ferguson, famously scoring the goal that won the 1999 Champions League final against Bayern Munich.

He is increasingly aware, though, that too much referring back to the days of his success as a player under Ferguson could be counter-productive.

To that end, the manager has declared that United have to stop living in the past if they are to find a way out of their current malaise and become serious Premier League title contenders.

Solskjaer's decision to take his squad to The Cliff, United's former first-team training ground in Salford, before last Wednesday's Manchester derby met with a mixed reaction from supporters.

He made the decision because he felt his players needed a "reality check" after losing 4-0 at Everton last Sunday, with the idea being that they would benefit from going to the training facility that Ferguson used before upgrading to their current base at Carrington in 2000.

However, the Norwegian acknowledged after the 2-0 defeat by City that the open nature of The Cliff may have been a factor in United's team being leaked three hours before kick-off.

"Everyone knows that times have changed. What the gaffer did was unbelievable. But we are doing things differently to all the previous managers," Solskjaer said.

"We can't try to copy Sir Alex and think that will be successful because he was unique. We have to do it our own way. We have a different generation of players. Maybe some of them could not have handled Sir Alex's way of managing but we will look to do it our way.

"They know the history of the club, and it means a lot for everyone but we can't linger on it. The clubs underneath us are chasing us. But we shouldn't be looking back at them and thinking about being chased by clubs such as Everton.

"We should be chasing the top clubs. At the moment that is the reality."