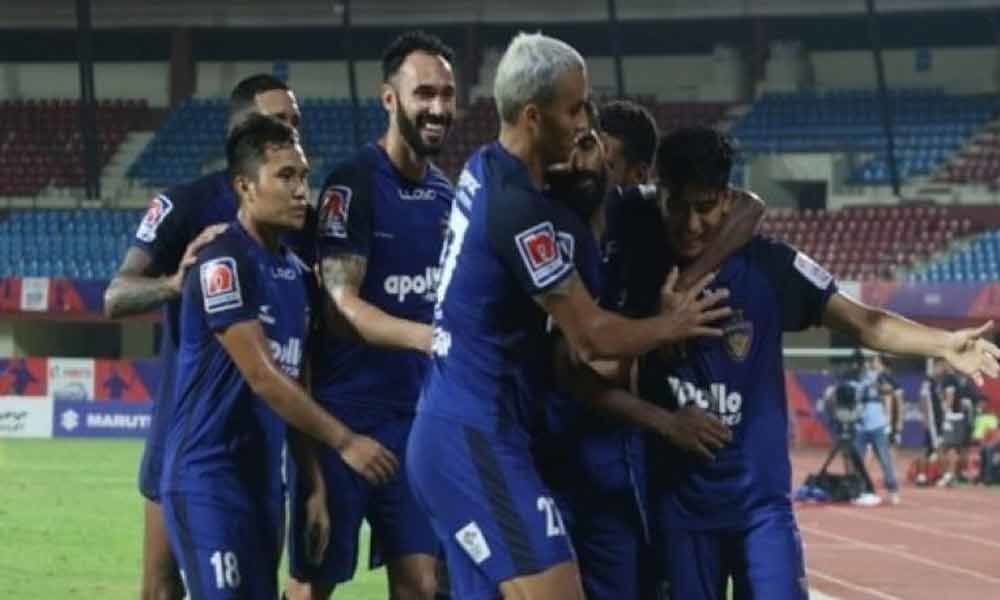 Chennaiyin took the 2-0 lead in a span of eight minutes.

Bhubaneswar: Chennaiyin FC defeated ATK 2-0 in the Super Cup 2019 semi-final at the Kalinga Stadium on Wednesday to confirm their spot in the final.

Chennaiyin made a very attacking start and created a chance for themselves but could not manage to convert it into a goal. ATK was able to defend well in the first half as the game witnessed no goal during that period.

Just five minutes into the second half, Chennaiyin's CK Vineeth handed over his team their first goal through a header. Chennaiyin did not stop their attacking game which brought them their second goal, this time from Anirudh Thapa.

Chennaiyin took the 2-0 lead in a span of eight minutes.

They will now face FC Goa for the Super Cup 2019 title at the same venue on April 13.