I was determined to end India's medal drought: Deepak 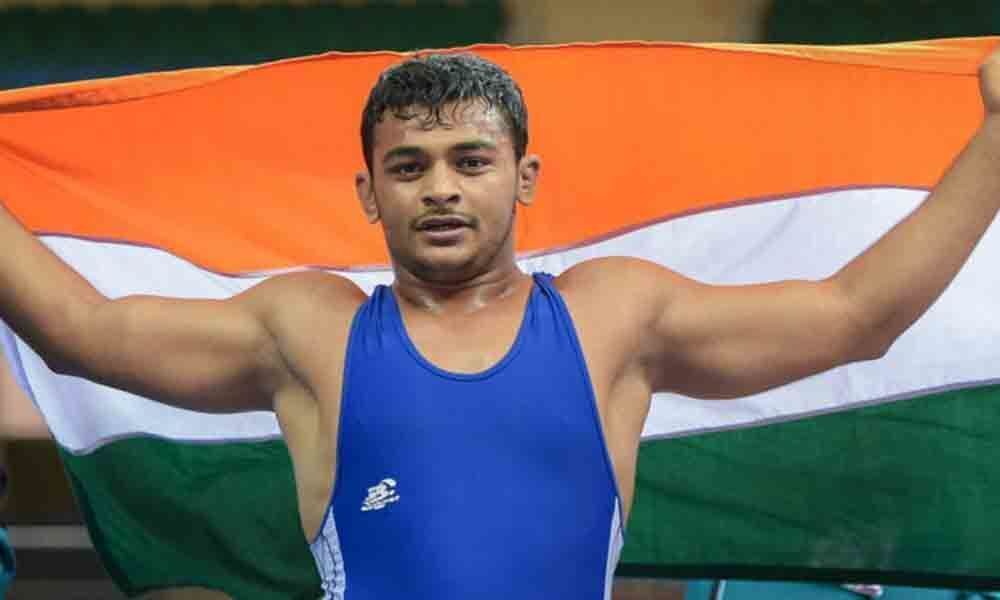 Deepak Punia was so determined to break India’s 18-year-old medal drought at the Worlds and realise his family dream that he risked aggravating a shoulder injury sustained during the semifinal.

New Delhi (PTI): Deepak Punia was so determined to break India's 18-year-old medal drought at the Worlds and realise his family dream that he risked aggravating a shoulder injury sustained during the semifinal.

It was the last chance for the 20-year-old wrestler from Jhajjar to change the colour of his medal he won at junior World Championship last year, and he did not not let himself down. A muscle strain caused during the battle against Georgia's Miriani Maisuradze in the semifinal threatened to upset his applecart but he decided to carrying on.

It was a risky decision since it could have spoilt his chances at the Senior World championship next month, but something was driving him to not give up. He was trailing 0-2 against Russia's Alik Shebzukhov but managed to level the score with his Takedown move with just a little over a minute to go in the final. It was clear he was not his usual attacking self in the final.

"I had suffered a minor injury during my semifinal against the Georgian wrestler, so I was not at my 100 percent in the final. This guy in the final was also good. It was a very good bout," Deepak told PTI from Tallinn, Estonia.

"I had given my all, my soul to train so that I could break this record. I knew it's been 18 years that no one has won a gold at the junior worlds. I was determined to give India a gold. No silver, no bronze, just gold was in my mind and I am glad I did it," added the wrestler, who won a silver at last year's Worlds.

Deepak is now set to make his debut at the senior World Championship, having emerged winner in the recent trials. Why was he not focussing on just the Kazakhstan assignment since it will be his debut at that level?

"Bhaiya, how many wrestlers have won the junior world title from our country. I am training well for the Seniors Worlds as well and I will carry a lot of confidence into Nur-Sultan championship," he said.

"My father and grandfather also had interest in wrestling. They used to wrestle and those were days of mud wrestling. But the family condition (financial difficulties) did not allow them to pursue their passion, so they introduced me to wrestling.

"So I had a chance to do something, which not many in India have done," said Deepak, whose father used to sell milk to make a living.

Deepak, in fact, is the only Indian to win a junior world title after Ramesh Gulia (69kg) and Palwinder Singh Cheema (130 kg) stood atop the podium at the 2001 World Championships in Tashkent. The first Indian to achieve the feat was Pappu Yadav, who triumphed way back in 1992 at Cali, Colombia.

"I am training well for the Senior championship as well. The pain is not much, it will heal in a few days and that's why I competed here, otherwise I could have trained further for the seniors.

"I am training hard, that's all I can do, I am not leaving any stone unturned. I start my day at 4 in the morning and practice for about three hours and then a strenuous session in the evening as well. God willing. I will do well at the senior level as well," said the undergraduate, who trains at Delhi's Chhatrasal stadium under coach Virender.

Deepak had won a Cadet World title in 2016 and has now ticked another box by becoming the junior world champion. It remains to be seen what is in store for him as he makes the transition to the senior level. Given the single-minded focus he has, apart from a burning desire to succeed at the big stage, he definitely is on right track.