'It's up to them': Solskjaer refuses to blame Pogba after penalty miss 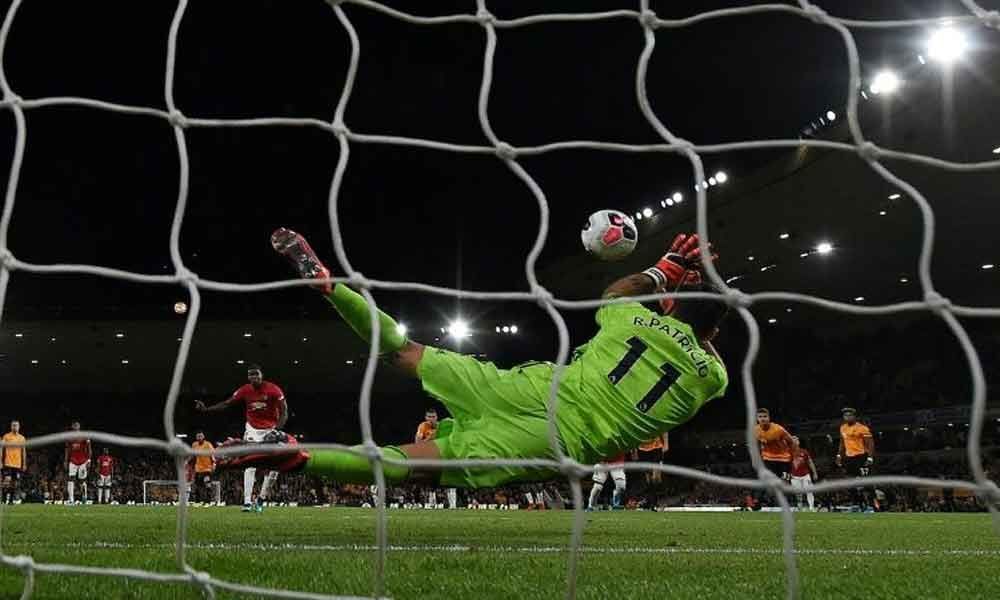 Pogba wasted a chance to give United their second successive Premier League win when his penalty was saved by Wolves keeper Rui Patricio. It was the fourth missed penalty by Pogba since the start of last season.

The France midfielder appeared to tell Rashford that he wanted to take it, even though his United team-mate had scored from the spot against Chelsea last weekend. United manager Solskjaer said he allows both Pogba and Rashford to take spot kicks.

"The two of them are designated the penalty shooters and it's up to them there and then who feels 'this is mine'," he said on Monday.

"Sometimes players just feel they are confident enough to score. Paul has scored so many penalties for us and today Rui Patricio made a good save.

"The two of them have been very confident. I like players with confidence and the feeling that 'I can do this'." Former United star Gary Neville called on Solskjaer to resolve the issue before his team's next penalty.

"They should decide in the dressing room who is the penalty taker - it's embarrassing," Neville told Sky Sports.

"This is a United penalty, this not a tombola, this is not under-fives on the school field. Rashford scored last week - take the penalty. But there wasn't a leader out there. Something wasn't right."