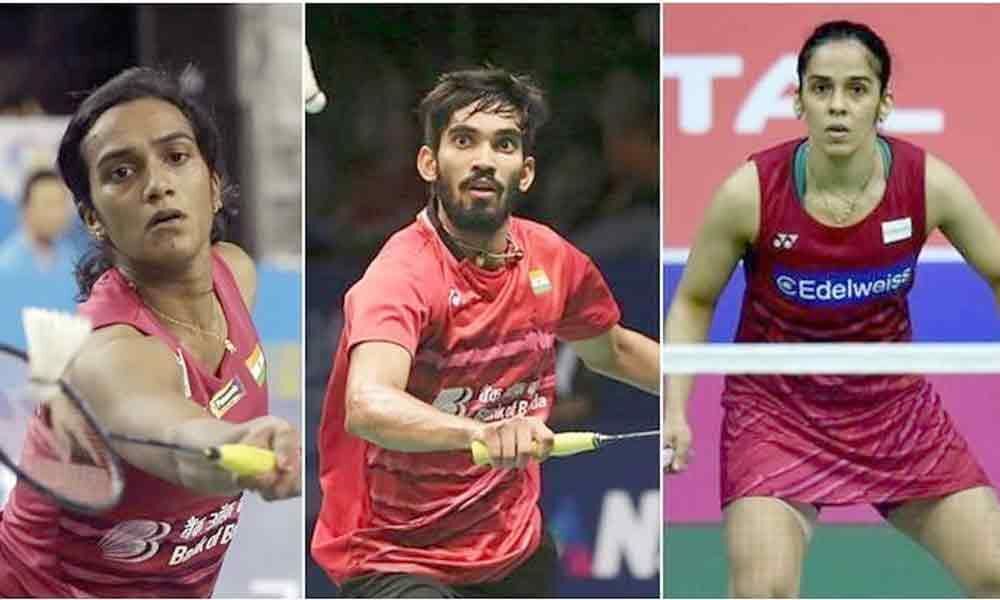 India will continue their hunt for an elusive medal when top shuttlers PV Sindhu and Saina Nehwal spearhead the Indian challenge at the prestigious Sudirman Cup which gets underway here on Sunday.

Nanning (China): India will continue their hunt for an elusive medal when top shuttlers PV Sindhu and Saina Nehwal spearhead the Indian challenge at the prestigious Sudirman Cup which gets underway here on Sunday.

India reached the quarterfinals twice in the 2011 and 2017 editions but failed to cross the last eight stage.

The Indians would have to ensure they pull no punches when they face heavyweights China and avoid any early hiccups against 2009 semifinalists Malaysia in Group 1D to qualify from the group.

India first will look to quell the challenge of Malaysia on Monday before taking on the mighty 10-time champions China the next day.

The 13-member Indian team, seeded eighth this time, will look to draw inspiration from their sensational win over Malaysia en route to an unprecedented team gold at the Commonwealth Games 2018.

With former World No. 1 Lee Chong Wei missing in action this time, India will fancy their chances against Malaysia, who are likely to bank on Lee Zii Jia in the men's singles.

In women's singles, Goh Jin Wei or Soniia Cheah will lead the charge for Malaysia but they are unlikely to pose any threat to Sindhu or Saina. Malaysia will need their doubles to put up a good performance to salvage hopes of making it to the knockout stage.

But the return of Satwiksairaj Rankireddy after an injury gap will fuel India's hopes in both men's doubles and mixed doubles. Satwik, who recovered from a shoulder injury to make a title-winning comeback at the Brazil International Challenge recently, will form a formidable men's doubles pair with Chirag Shetty, while pairing with the experienced Ashwini Ponappa in mixed doubles.

At the last edition, India had put up a superb performance to upset 1989 winners Indonesia on their way to the quarter-finals where their run was ended by eventual runners-up China.

Besides, China also possess quality doubles combinations and all three Indian pairs will need to punch above their weights to pose a challenge to the formidable neighbours, who are eyeing their 11th title this time.