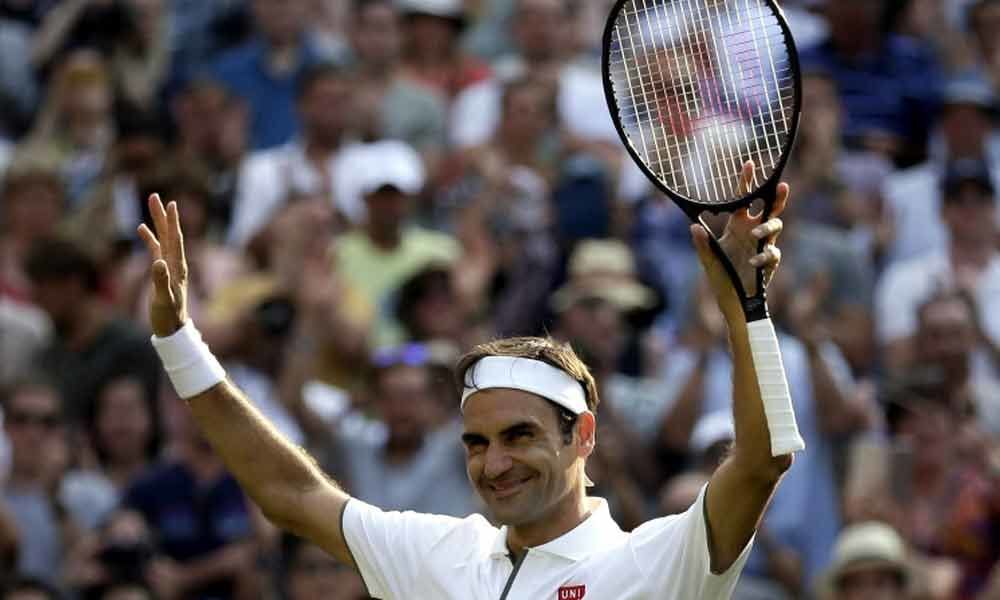 LONDON: Roger Federer racked up his 100th match win at Wimbledon on Wednesday as he reached his 13th semi-final at the All England Club and a possible duel with old rival Rafael Nadal.

The 37-year-old is also the oldest man to make the last four of a major since Jimmy Connors at the 1991 US Open.

Federer will now face Nadal at Wimbledon for the first time since their epic 2008 final should the two-time champion Spaniard defeat Sam Querrey in his quarter-final.

"We have a lot of information on Rafa and so does he about us. I know people always hype it up in a big way," said Federer.

"They did that again in Paris this year (when Nadal won their semi-final in straight sets). I'd love to play against him here at Wimbledon.

"But I go about it like every other match."

Federer and Nadal have met 39 times in their careers but just three times at Wimbledon.

The Swiss star won their first two encounters in the 2006 and 2007 finals before Nadal famously triumphed in 2008 in a five-set epic which is widely regarded as the greatest Slam final ever played.

Federer said he was unaware that he had become the first player ever to win 100 matches at the same Slam.

"A fan told me congratulations on your hundredth win and I thought, oh yes, you're right!"

Nishikori, bidding to become the first Japanese man to reach the semi-finals since Jiro Satoh in 1933, broke Federer in the first game on Centre Court.

It was enough for the 29-year-old to pocket the first set.

However, 20-time Grand Slam title winner Federer roared back, leveling the quarter-final with breaks in the second and sixth games of a 22-minute second set.

It was more of the same in the third as Federer found his range with a break for 4-3 before taking the set on a fourth set point.

Nishikori visibly wilted, saving two break points in the fifth game of the fourth set before fatally cracking in the ninth.

Federer hit 12 aces and 55 winners in a commanding display.

"It was difficult. The beginning was brutal. Kei came out and was smashing return winners," said Federer.

"I had to definitely make some adjustments and stay with him. It was really important for me to get the lead in the second set and protect it.

"Usually Kei is a great rhythm player. I just think at the end I served really good. It was a good serving performance today against a great return player."