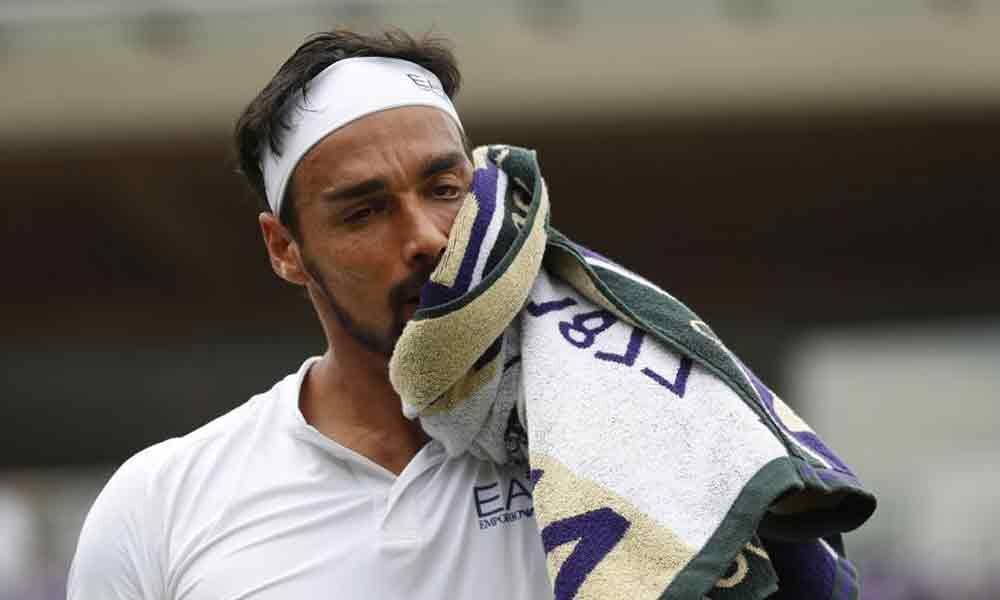 Fabio Fognini may face a fine for saying “a bomb should explode” on Wimbledon, All England Club chief executive Richard Lewis said Monday.

The Italian 12th seed made the outburst during his straight-sets third round defeat to US world number 94 Tennys Sandgren on Saturday. "It's fair to play here? Damned English, really.

Damned, really. Wish a bomb would explode on this club. A bomb should explode here," he fumed in Italian. He apologised afterwards, which Lewis said would be taken into account.

"It was one of these heat of the moment comments. It was a very unfortunate comment and Fabio was good enough to apologise straight away," the Wimbledon supremo said.

"It wouldn't surprise me in the end if there was a small fine but I think we will certainly keep it in context, and readily accept the apology."

During the first week of the championships, Australia's Bernard Tomic was stripped of his entire ($56,600) prize money on for tanking in his first round match, which was over in just 58 minutes.