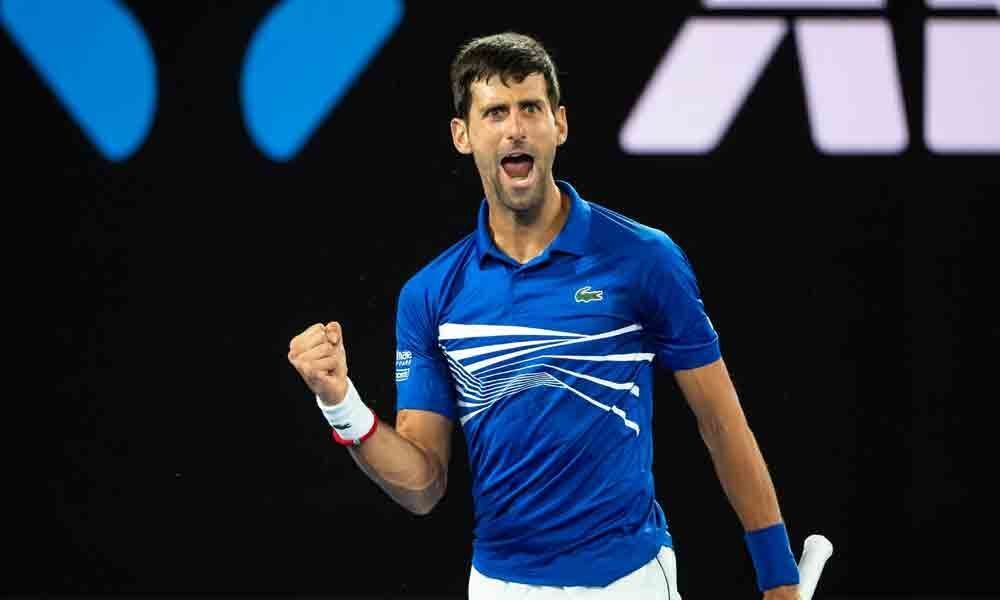 The 32-year-old will now face either ninth-seeded Italian Fabio Fognini or fifth seed Alexander Zverev in what will be his 13th appearance overall in the quarter-finals in Paris.

"It was tricky with the rain, but that's Paris," said the 2016 champion after playing in drizzly conditions. "I'm really confident with my serve. I hope it continues like that."

Only Australian great Rod Laver has held all four majors at the same time twice before, after his calendar Grand Slams in 1962 and 1969.

Japanese seventh seed Nishikori came back from 1-4 and 3-5 down in the final set to beat Benoit Paire of France and set-up a Roland Garros quarter-final clash against Nadal.

"He served for the match at 5-3 but I just tried to fight and play one point at a time." The 29-year-old Japanese could have wrapped it up in the fourth set when he had two match points but squandered both, the second on a double fault.

Paire, the world number 38 who was trying to make the quarter-final of a Slam for the first time, was eventually undone by 15 double faults and 79 unforced errors.

Nishikori has only defeated 11-time French Open champion Nadal twice in 12 meetings with both of those wins coming on hard court. The Spaniard, celebrating his 33rd birthday on Monday, has won all four of their meetings on clay. "It's going to be a tough match, he's the greatest ever clay court player," said Nishikori.

In the women's event, the players who stunned top seed Naomi Osaka and 23-time major winner Serena Williams got a taste of their own medicine.

American 14th seed Madison Keys reached the quarter-finals for the second successive year with a 6-2, 6-4 win over Katerina Siniakova, the conqueror of US and Australian Open winner Osaka.

Keys, who went on to reach the semi-finals in 2018, next faces Australian eighth seed Ashleigh Barty. "I was really happy to close it out as playing three sets in these heavy conditions does not sound like much fun," said the 24-year-old Keys. Barty beat Sofia Kenin, who stunned Williams in the third round, 6-3, 3-6, 6-0, on Court Philippe Chatrier.