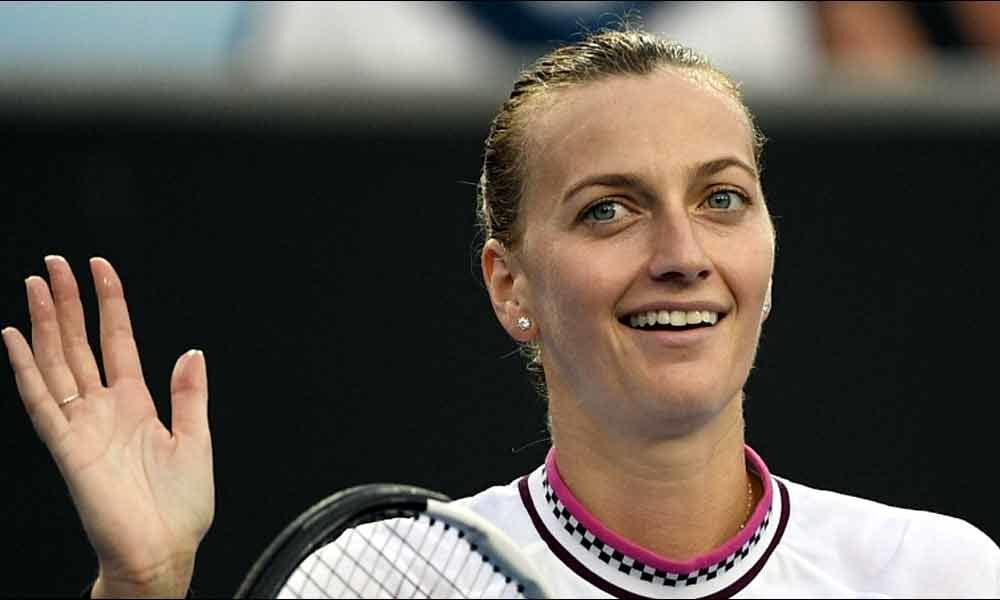 MADRID: Holder Petra Kvitova blunted a late attack from France's Kristina Mladenovic to advance 6-3, 7-6 (7/5) into the third round of the Madrid Open on Monday.

The Czech second seed, chasing a fourth title on the Caja Magica clay, has now won her last five matches over qualifier Mladenovic in straight sets.

"It was a pretty difficult match. I fought hard in the end and that's what counts," the winner said,

"The clay conditions here are a bit different compared to other venues, so I needed time to fight it out."

Kvitova took the opening set on a break and started the second set with another, But Mladenovic broke back for 3-all and eventually forced the contest to a tiebreaker, which Kvitova captured.

"I had to fight, but I'm glad that I had this (kind of) match. Hopefully, it's given me a bit more freedom for the next round," last month's Stuttgart clay winner said.

Belarusian Azarenka committed nine double-faults in going down to the American eighth seed.

"I was taking control from the baseline points, I was doing the right things," Azarenka said.

"I was playing smart tennis. But I didn't create anything with my serve today and it was really frustrating.

"I didn't really have a game plan, that's something I need to take a look at and fix. I need to make it more simple and just do the right things."

Former US Open winner Stephens also reached the third round here in 2014 and 2018.

Khachanov earned his last win in mid-March at Indian Wells.