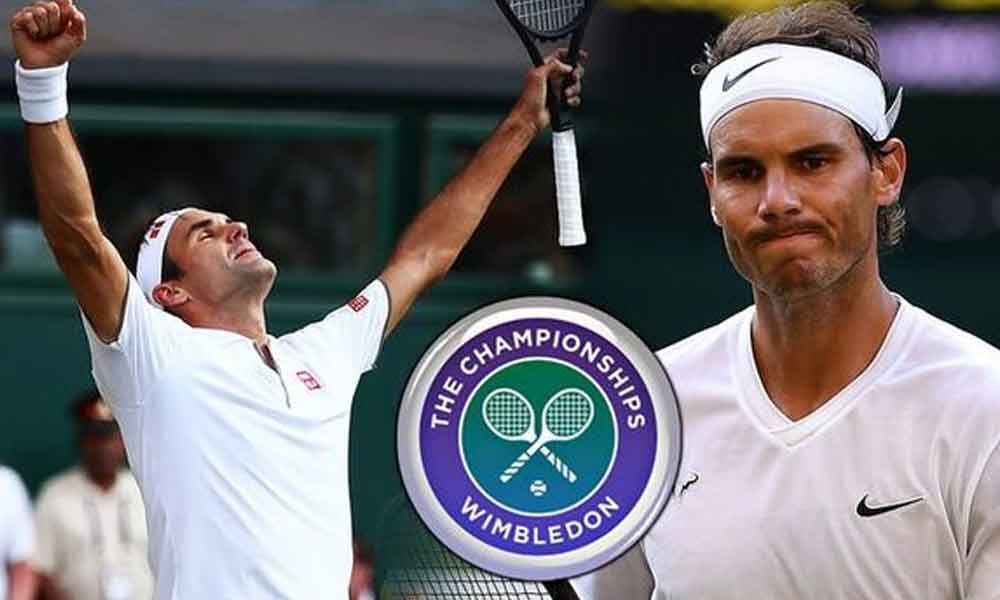 London: Roger Federer moved into his 12th Wimbledon men's singles final, further extending his own record, with a hard-fought defeat of Rafael Nadal in front of an enraptured Centre Court crowd.

Federer, however, regained his poise and form, playing high quality tennis to take the third set and move to 5-3 in the fourth.

Nadal saved two match points on his own serve at 3-5 but could not force home a break point at 4-5. Another two match points came, and went, but at the fifth attempt Federer clinched the match.

"I'm exhausted," said Federer, adding, "It was tough at the end — Rafa played some unbelievable shots to stay in the match."

Federer meets Novak Djokovic in the final, a repeat of the finals of 2014 and 2015 both of which were won by Djokovic.

"This has been a remarkable tournament for me and to be in another final is a dream come true," said the top seed.

"I had to dig deep, Roberto was playing his first semifinal at a Grand Slam and he was not really overwhelmed," Djokovic said.

"It was a really close opening four to five games of the third set that could have gone either way — thankfully it went mine," he added.