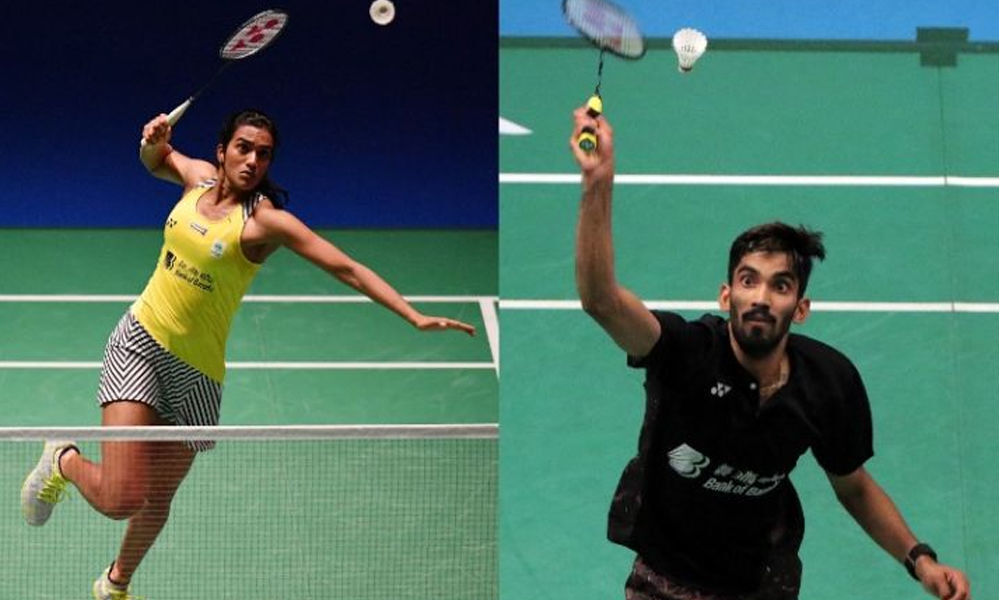 Former champions P V Sindhu and Kidambi Srikanth will look to shrug off their erratic form and ensure an Indian sweep at the USD 350,000 India Open, which is shorn of star power this time.

New Delhi: Former champions P V Sindhu and Kidambi Srikanth will look to shrug off their erratic form and ensure an Indian sweep at the USD 350,000 India Open, which is shorn of star power this time.

With Saina Nehwal pulling out of the country's blue-riband tournament after failing to recover from acute gastroenteritis, the onus will be on Sindhu and Srikanth to keep the tricolour flying at the business end of the tournament starting on Tuesday.

Olympic silver-medallist Sindhu, who claimed the World Tour Finals in December last year, will be the firm favourite to secure the women's title after receiving the top billing following the pullout of Chinese top seed and reigning All Englang champion Chen Yufei due to medical reasons.

The absence of Japanese players will also help Sindhu's case.

Sindhu had a decent start to the new season with a quarterfinal finish at the Indonesia Masters but a first-round exit at the prestigious All England Championship came as a major jolt.

The Indian ace, who won silver medals at the Commonwealth Games, Asian Games and the World Championship in 2018, will draw inspiration from her performance in the last two editions where she had reached the finals and claimed the title in 2017.

Sindhu will open against compatriot Mugdha Agrey and is expected to face fast-rising Danish Mia Blichfeldt, seeded eighth, in the quarterfinals. A win is likely to pit her against Chinese third seed He Bingjiao.

Youngsters Vrushali Gummadi and Sai Uttejitha Rao Chukka will also be in the fray in women's singles at the World Tour Super 500 event.

The tournament will hold a lot of prominence for third seed Srikanth, who has endured a title draught for the last 17 months.

With defending champion and top seed Shi Yuqi pulling out, Srikanth will be at the forefront along with former world champion Viktor Axelsen, who had claimed the title in 2017 after three back-to-back finals.

Srikanth, who clinched as many as four titles in 2017, consistently reached the quarterfinals in 2018 but couldn't come close to claiming a title with the 2017 French Open triumph being his last win.

The 26-year-old from Guntur, who clinched the title in 2015, will begin his campaign against familiar foe, Hong Kong's Wong Wing Ki Vincent, and might come across fellow Indians Sameer Verma or B Sai Praneeth later as both are in the same half of the draw.

Fifth seed Sameer, after reaching the semifinals at the World Tour Finals, will open against Denmark's Rasmus Gemke, while Praneeth faces a qualifier.

RMV Gurusaidutt too is in the same half and will start against Thailand's Sitthikom Thammasin.

Praneeth, who had clinched the 2017 Singapore Open for his first maiden Super Series title, is coming into the tournament after securing a final spot at the Swiss Open and he will look to extend his good run.

The other half of the men's singles draw will have HS Prannoy, Subhankar Dey, Ajay Jayaram and Parupalli Kashyap.

Prannoy, troubled by a gastro-esophageal reflux disease last season, is coming to the event after competing at the Asia Mixed Team championship and will take on Thailand's eighth seed Kantaphon Wangcharoen.

SaarLorLux Open champion Subhankar, who had stunned Asian Games champion Jonatan Christie of Indonesia on way to a quarterfinal finish at the Swiss Open, will open against fourth seed Indonesian Tommy Sugiarto.

In doubles, Satwiksairaj Rankireddy and Chirag Shetty withdrew with the former still recovering from a shoulder injury. Sixth seeds Manu Attri and B Sumeeth Reddy will lead the challenge in men's doubles, which also features Arjun MR and Ramchandran Shlok.

Arun George and Sanyam Shukla will also be a pair to look out for after they stunned World No. 14 pair of Liao Min Chun and Ching Heng last week at Hong Kong.

In women's doubles, Ashwini Ponnappa and N Sikki Reddy and Meghana Jakkampudi and Poorvisha S Ram will be in fray, while Pranaav Jerry Chopra and Sikki will be the best hope in mixed event.