Chandrayaan-2- A dream date missed: Know the causes and plans 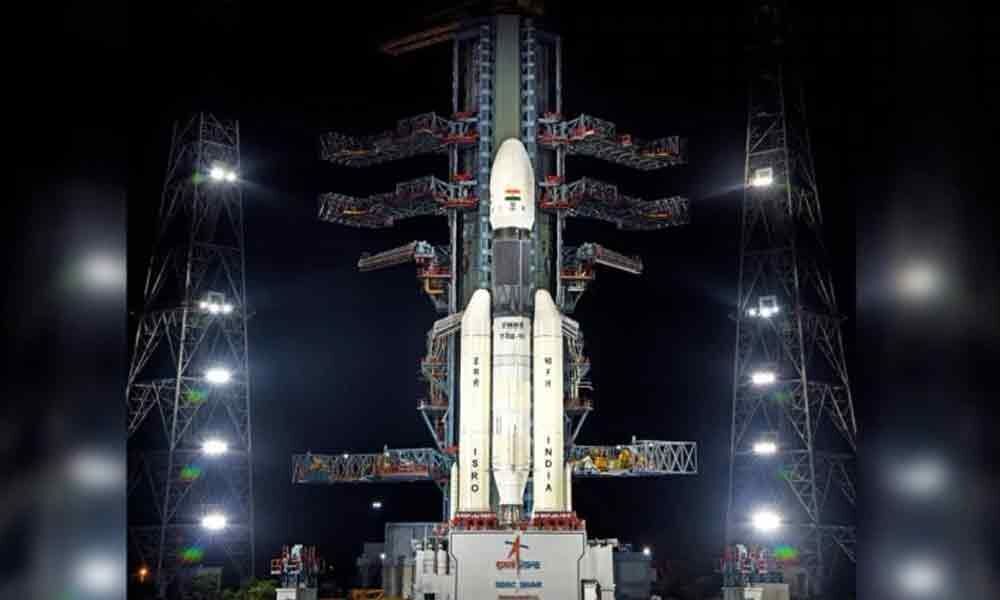 The Chandrayaan-2 mission was called off almost 56 minutes before the scheduled launch time of 2:51 am.

For less than an hour before the lift-off time early Monday morning the launch of Chandrayaan-2, India's second Moon mission was called off. The mission was called off due to a "technical snag", the Indian Space Research Organisation (Isro) said in a statement. "A technical snag was observed in launch vehicle system at 1 hour before the launch," Isro said. "[A] Revised launch date will be announced later."

 The GSLV Mk-III (Geosynchronous Satellite Launch Vehicle Mark-III) is the most powerful rocket developed by the Isro and is capable of carrying payloads of up to 4,000 tonnes.

 The GSLV Mk-III is three-stage rocket: The first stage consists of strap on tanks that burn solid fuel; the second stage has a core booster that burns liquid fuel, and the third is a cryogenic engine that burns liquid hydrogen.

 The Chandrayaan-2 was supposed to be the fourth flight of the GSLV Mk-III rocket. The highly capable rocket will also be used for Isro's manned space mission, which is currently scheduled for 2022.

Find out the reason

The Chandrayaan-2 mission was called off almost 56 minutes before the scheduled launch time of 2:51 am. An hour before, Isro had tweeted to say that filling of liquid hydrogen into the rocket's cryogenic stage (the last phase of three-stage GSLV Mk-III rocket) had been completed.

Indo-Asian News Service (IANS) report says that the space agency will now focus on investigating what went wrong on the GSLV Mk-III.

Significantly, the problem observed was onboard the rocket and not the Chandrayaan-2 payload, which means that the entire mission is not currently in jeopardy. Isro scientists will now empty the GSLV Mk-III rocket of the fuel filled for the Chandrayaan-2 mission. The rocket will then be examined to detect the root cause of the technical glitch noticed during the launch countdown.

This process of examining the rocket will take around ten days, so we don't know when Chandrayaan-2 will be relaunched.

♦ Chandrayaan-2 will be injected into an Earth parking 170 x40400 km orbit. Later, it will be put on the Lunar Transfer Trajectory.

♦ The orbit of Chandrayaan-2 around the Moon will be circularised to 100km orbit through a series of complex orbital manoeuvres with the help of thrusters.

♦ The lander-Vikram is expected to land softly on September 6, 2019, on the lunar surface.

♦ While landing, the lander – Vikram – will separate from the orbiter and then perform a series of manoeuvres comprising of 'rough' and 'fine' braking.

♦ Vikram will finally land near the Moon's the South Pole. Subsequently, the rover – Pragyan – will roll out and carry out experiments on the lunar surface for one lunar day that is equal to 14 Earth days.

♦ Imaging of the landing site region before landing will be conducted to find hazard-free and safe landing zones.

♦ Chandrayaan-2's orbiter will continue its mission for around one year.

The main objectives of this project are to study and map the lunar terrain, explore the mineralogical analysis of rocks and soil. It aims to investigate the lunar ionosphere, measure moon-quakes and the lunar crust and mantle.