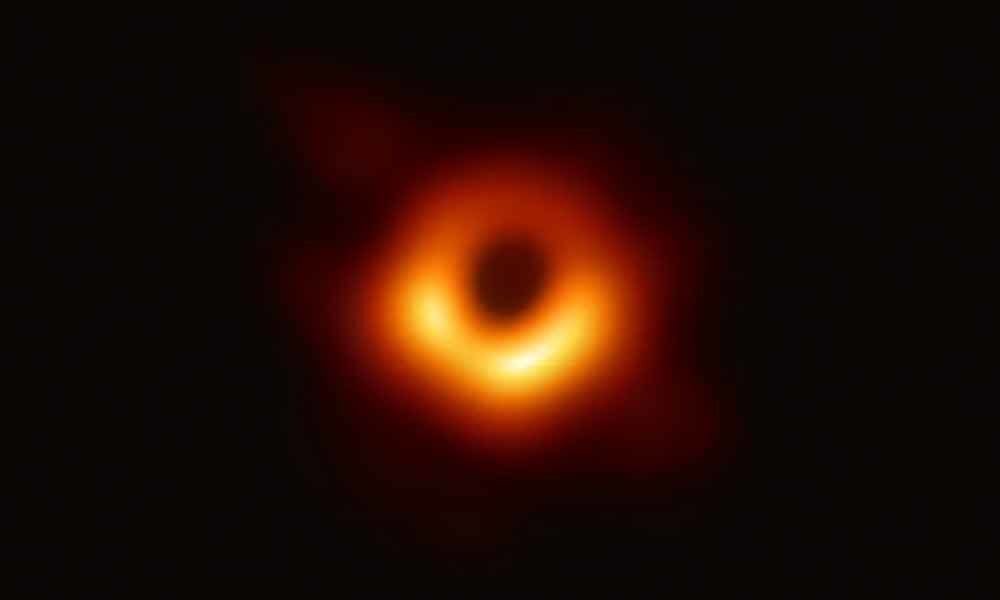 The scientists revealed the first-ever direct image of a black hole Scientists obtained the black hole image using the Event Horizon Telescope The...

On Wednesday, scientists revealed the first image ever made of a black hole, which shows a fiery orange and black ring of light twisted by gravity that revolves around the edges of the abyss.

Accumulating data gathered by eight radio telescopes from around the world, astronomers captured an image of the dark, shadowy edges of a supermassive black hole, the monsters that suck the light of the universe theorized by Albert Einstein more than a century back and confirmed by observations during decades. It is along those edges that the light twists around itself in a cosmic funhouse effect. "We have seen what we thought was unseeable. We have seen and taken a picture of a black hole. Here it is," said Sheperd Doeleman of Harvard.

Jessica Dempsey, a co-discoverer and deputy director of the East Asia Observatory in Hawaii, said it reminded her of the mighty burning Eye of Sauron in the "Lord of the Rings" trilogy. The data needed to build the image was collected in April 2017 by the Event Horizon Telescope, a joint network of eight radio telescopes scattered around the world.

Three years ago, scientists who used an extraordinarily sensitive observing system heard the sound of two much smaller black holes merging to create a gravitational wave. The new image, published in Astrophysical Journal Letters and announced around the world in several press conferences, adds light to that sound. While much around a black hole falls into a spiral of death and is never seen again, the new image captures "lucky gas and dust" circling long enough to be safe and seen millions of years later on Earth, said Dempsey.

The image helps confirm Einstein's general relativity theory, Dempsey said, taken for four days when astronomers had "to have the perfect climate around the world and, literally, all the stars had to line up." Einstein a century ago even predicted the symmetrical shape that scientists have just found, she said. "It's circular, but on one side the light is brighter," Dempsey said. That's because that light is approaching Earth. The project cost between $ 50 and $ 60 million, of which $ 26 million came from the National Science Foundation.

In congratulating the researchers funded by the European Union, who played a key role in the historic project, European Commissioner Carlos Moedas, head of research, science and innovation, said: "Fiction often inspires science, and black holes have long fuelled our dreams and curiosity. Today, thanks to the contribution of European scientists, the existence of black holes is no longer just a theoretical concept. This amazing discovery proves again how working together with partners around the world can lead to achieving the unthinkable and moving the horizons of our knowledge."

What is a black hole?

Black holes are extremely compressed cosmic objects, which contain incredible amounts of mass within a small region. Its presence affects its environment in an extreme way, by deforming space-time and overheating any material that falls into it.

The captured image reveals the black hole in the centre of Messier 87, a massive galaxy in the constellation of Virgo. This black hole is 55 million light years from Earth and has a mass of 6.5 billion times larger than our sun.

To enable direct observation of the immediate environment of a black hole, Event Horizon Telescope has sought to upgrade and connect a worldwide network of eight telescopes around the world. These are located in challenging high-altitude sites, including the Spanish Sierra Nevada, volcanoes in Hawaii and Mexico, mountains in Arizona, the Chilean Atacama Desert, and Antarctica. More than 200 researchers from Europe, America and East Asia participate in this important international operation.