Assange suffering psychological torture, would face show trial in US 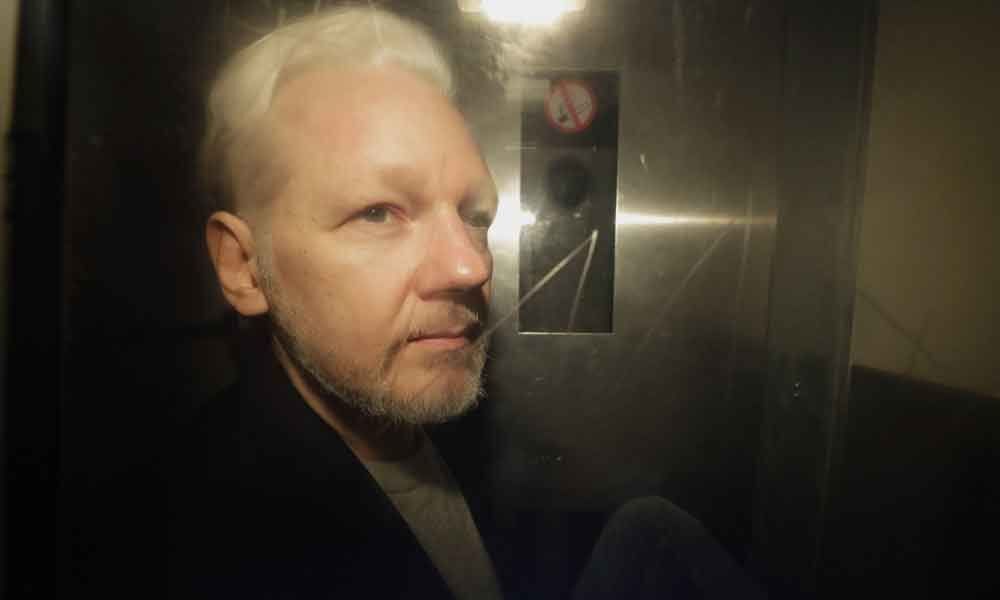 Assange was too ill on Thursday to appear via video link from a British prison in a hearing on an extradition request.

WikiLeaks founder Julian Assange has suffered psychological torture from a defamation campaign and should not be extradited to the United States where he would face a "politicised show trial", a UN human rights investigator said on Friday.

Nils Melzer, the UN special rapporteur on torture who visited Assange in a high-security London prison on May 9 along with two medical experts, said that he found him agitated, under severe stress and unable to cope with his complex legal case.

"Our finding was that Mr. Assange shows all the symptoms of a person who has been exposed to psychological torture for a prolonged period of time. The psychiatrist who accompanied my mission said that his state of health was critical," Melzer told Reuters in an interview in Geneva.

"But my understanding is that he has now been hospitalised and that he is not able to stand trial," he said.

Assange was too ill on Thursday to appear via video link from a British prison in a hearing on an extradition request from the United States, his lawyer Gareth Peirce told Reuters. He is in a health ward.

"Mr Assange has been deliberately exposed, for a period of several years, to progressively severe forms of cruel, inhuman or degrading treatment or punishment, the cumulative effects of which can only be described as psychological torture," Melzer said in a statement.

The Swiss law professor declined to identify judges or senior politicians whom he accused of defaming Assange, saying "dozens if not hundreds of individuals" had expressed themselves inappropriately.

"Here we are not speaking of prosecution but of persecution. That means that judicial power, institutions and proceedings are being deliberately abused for ulterior motives," he added.

British Foreign Minister Jeremy Hunt, in a tweet posted within minutes of Melzer's statement, said: "This is wrong. Assange chose to hide in the embassy and was always free to leave and face justice.

"The UN Special Rapporteur should allow British courts to make their judgements without his interference or inflammatory accusations," he said.

Assange made headlines in 2010 when WikiLeaks published a classified US military video showing a 2007 attack by Apache helicopters in Baghdad that killed a dozen people, including two Reuters news staff.

Washington is seeking the extradition of Assange, who was dragged from the Ecuadorean embassy in London on April 11 after his seven-year asylum was revoked, for one of the biggest ever leak of classified information.

The Australian, now 47, had skipped bail and taken refuge there in 2012 to avoid extradition to Sweden over a sexual assault investigation later dropped. Sweden reopened the investigation in early May. Assange denies the rape allegation.

The United States has charged Assange with espionage, saying he unlawfully published the names of classified sources and conspired with and assisted ex-Army intelligence analyst Chelsea Manning in obtaining access to classified information. He faces 18 US criminal counts and decades in prison if convicted.

"I am seriously, gravely concerned that if this man were to be extradited to the United States, he would be exposed to a politicised show trial and grave violations of his human rights," Melzer said.

"The main narrative in this affair really is the United States wanting to make an example of Mr Assange in order to deter other people from following his example," he said.

Melzer did not expect US authorities to subject Assange to physical torture such as water-boarding during interrogations.

"I would much more expect him to be subjected to prolonged solitary confinement, to very harsh detention conditions and to a psychological environment which would break him eventually."