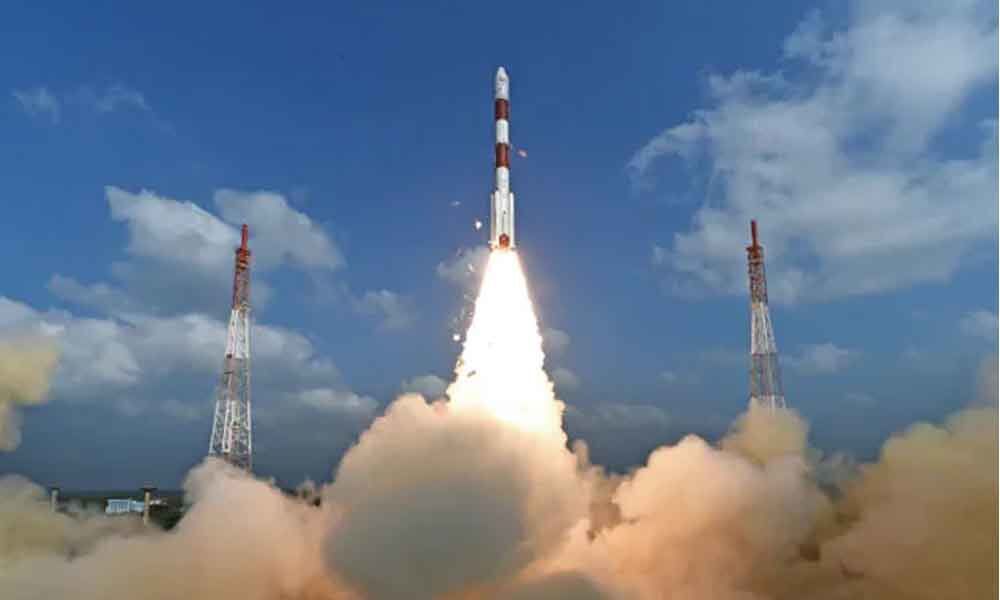 ISRO Chairman K Sivan had earlier described the mission as a 'very, very important' one for the country.

New Delhi: In a pre-dawn launch on Wednesday, Indian space agency ISRO scripted history by successfully launching earth observation satellite RISAT-2B that would enhance the country's surveillance capabilities among others.

As the 25-hour countdown which began Tuesday concluded, the agency's trusted workhorse Polar Satellite Launch Vehicle (PSLV-C46) blasted off at 5.30 am from the first launch pad of the Satish Dhawan Space Centre here on its 48th mission, carrying the 615 kg satellite.

The RISAT-2B (Radar Imaging Satellite-2B), meant for application in fields such as surveillance, agriculture, forestry and disaster management support, was released into the orbit around 15 minutes after the lift-off.

It would replace the RISAT-2, which was successfully launched in 2009.

Indian Space Research Organisation (ISRO) Chairman K Sivan had earlier described the mission as a "very, very important" one for the country.

"This is a very, very important mission for India. It is an excellent satellite with hi-fi earth observation (capabilities)," he had said.

The RISAT-2B is equipped with a synthetic aperture radar that can take pictures of the earth during day and night, and also under cloudy conditions.

With a mission life of five years, the satellite would also be used for military surveillance, ISRO sources told PTI.

The RISAT-2 has been actively used by India to monitor activities in camps across the border in Pakistan to thwart infiltration bids by terrorists.

The PSLV-C46 was the 14th flight of the PSLV in its core-alone configuration sans the use of the solid strap-on motors.

It was the 72nd launch vehicle mission from Sriharikota and also marked the 36th launch from the first launch pad.

Wednesday's launch of the PSLV also marked the third launch in 2019.

ISRO had launched RISAT-1, a microwave remote sensing satellite, on April 26, 2012 from Sriharikota.