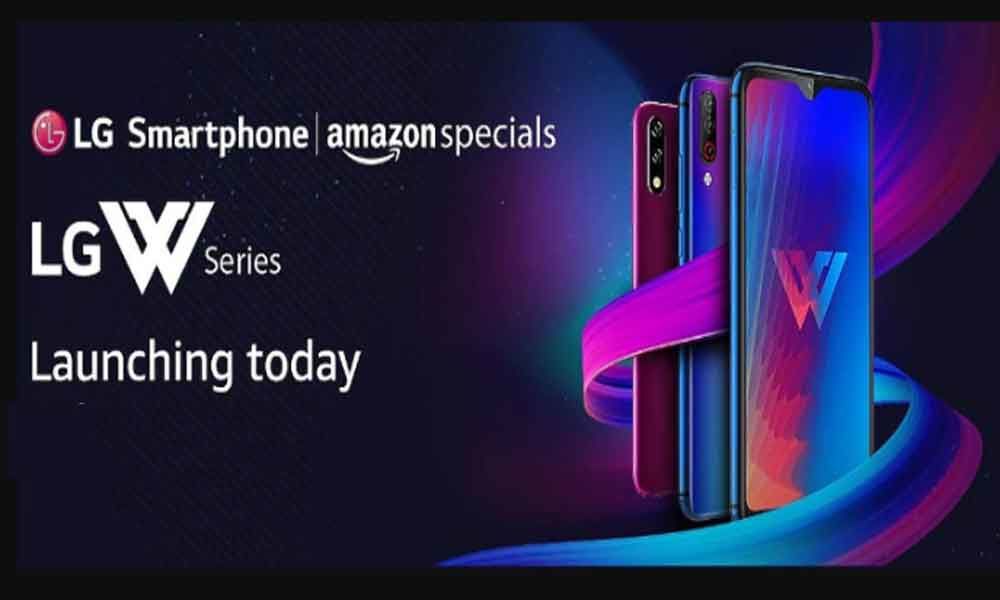 LG is all set to announce its W-series smartphone today at LG W-Series Event in New Delhi, India.

LG is all set to announce its W-series smartphone today in India. For the launch, LG is hosting an event in New Delhi. We got to know about the launch at the event from Amazon teasers. Recently LG W10 was spotted on the Android Enterprise Directory, listing its forthcoming launch as well. It is rumoured that the South Korean consumer electronics giant may possibly launch three smartphones, the third one could be LG W20.

In New Delhi, the LG W-series launch event is scheduled to start at 12 pm IST. So far, LG's teasers for its W-series have hinted about the of triple rear cameras, with features like Night Mode, Bokeh, Portrait, and Wide-Angle modes. Other LG W-series features include '3 futuristic colours' –shades of Black, Blue, and Green colours.

LG also teased 'customisable notches', the shape of which can be adjusted on the display. The smartphones also rumoured to have a pocket-worthy price tag. LG might be competing with reasonable offerings from Xiaomi and Samsung.

Amazon and LG are teasing about the launch smartphones. And the latest confirmation from Amazon is that the LG W30 will be launched as a Prime exclusive smartphone and will be available during the Prime Day sale.

LG W10 key specifications are Android 9.0 Pie software, a 6.2-inch display, 3GB of RAM, 32GB of inbuilt storage, and a fingerprint sensor. As per the Android Enterprise Directory revealed, it doesn't have NFC connectivity and a rugged certification.