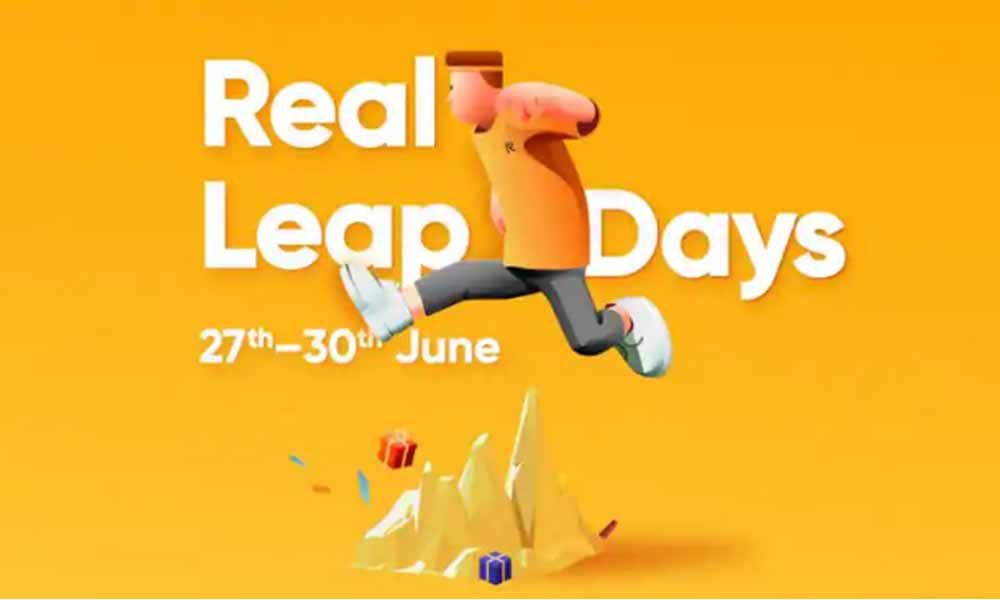 Realme is hosting ‘Real Leap Days’ sale on its platform Realme.com, Amazon and Flipkart from June 27 to June 30.

Realme is hosting 'Real Leap Days' sale on its platform Realme.com, Amazon and Flipkart from June 27 to June 30. This three-day sale will be offering deals and discounts on the Realme C2, Realme 2 Pro, Realme U1, and other handsets. It will also offer discounts up to Rs 1,000, a chance to win Realme 3 Pro, 15 per cent Mobikwik supercash, and more. Earlier the Oppo subsidiary also revealed the brand's new tagline "Dare to Leap".

Currently, Realme on its official website has only listed 'Real Leap Days' sale banner and hasn't disclosed anything about the offers. We can find offers like 15 per cent Mobikwik supercash, up to Rs 1,000 discount and maybe a contest, where you may get a chance to win Realme 3 Pro.

The smartphone manufacturer aims to sell 15 million phones in 2019. By December 2019 the company aims at capturing 12-15 per cent of Indian market share. Moreover, six Realme branded experience zones will be added in the calendar year. The company claimed with the new strategy, share of offline sale will increase up to 30 per cent of the total company.

Apparently, in January-March 2019, it garnered a 7.25 per cent smartphone market share. Realme will maintain the same pricing strategy in online and offline channels. Further, in April this year, the Chinese brand launched its latest Realme 3 Pro handset, which was a good value for money device. Very soon Realme is planning to unpack the successor of Realme 3. Though, there is no confirmation from the company on the Realme 4.