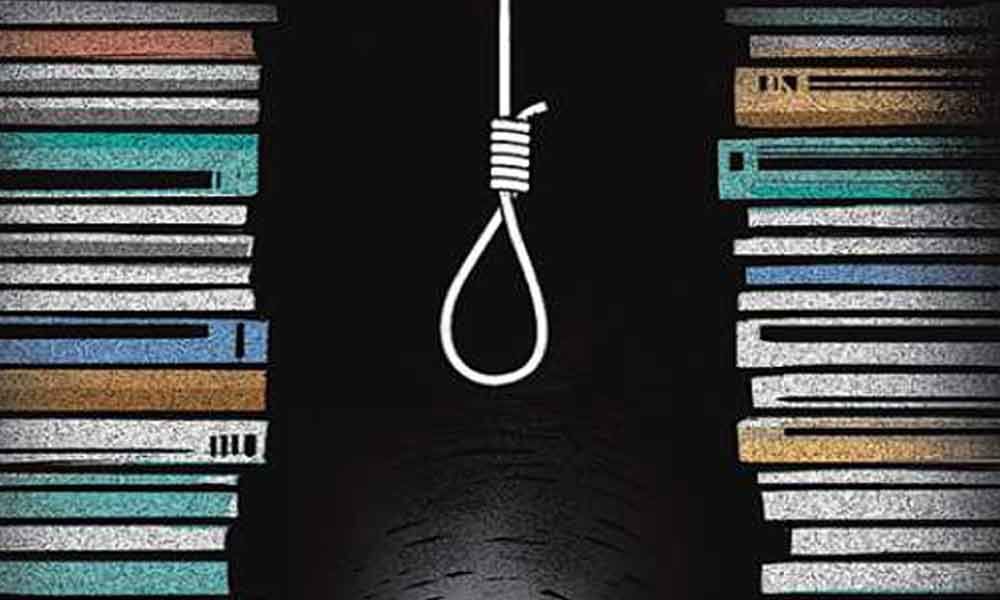 In a span of one week Nineteen students have committed suicide in Telangana over the failure in the Intermediate examinations, according to the sources.

HYDERABAD: In a span of one week Nineteen students have committed suicide in Telangana over the failure in the Intermediate examinations, according to the sources.

There were no official figures available as such, Newspapers and channels have reported that 19 students o intermediate first and second year (classes 11 and 12 ended lives since last Thursday)

This is said to be the highest number of suicides by intermediate students in recent years with the opposition parties blaming the goof-ups by the Telangana Board of Intermediate Education for the spate of suicides.

Cops said an 18-year boy, who failed in Economics and Civics subjects, was found hanging in a shed in the premises of a school at Madhur in Medak district around 6:30 am Wednesday.

On Tuesday afternoon a 17-year-old girl allegedly set herself ablaze at her residence in Yadadri Bhuvanagiri district, adding that the neighbors found her dead.

The reason for her extreme step was that she failed in Civics subject, police said based on preliminary investigation.

Some student organizations an political parties, who have been holding protests in the city and across the state, alleged that as many as 17 students across Telangana have committed suicide since April 18 as they failed or performed poorly in the Intermediate exams.

Many students and parents have been agitating against the Telangana State Board of Intermediate Education alleging "goof-up" in the paper valuation and have been demanding a thorough verification of the papers of those who had failed.

The parents alleged due to the board's "negligence" the students were failed or got very fewer marks.

The state government has already constituted a three-member committee to look into the allegations of irregularities in the declaration of the results.