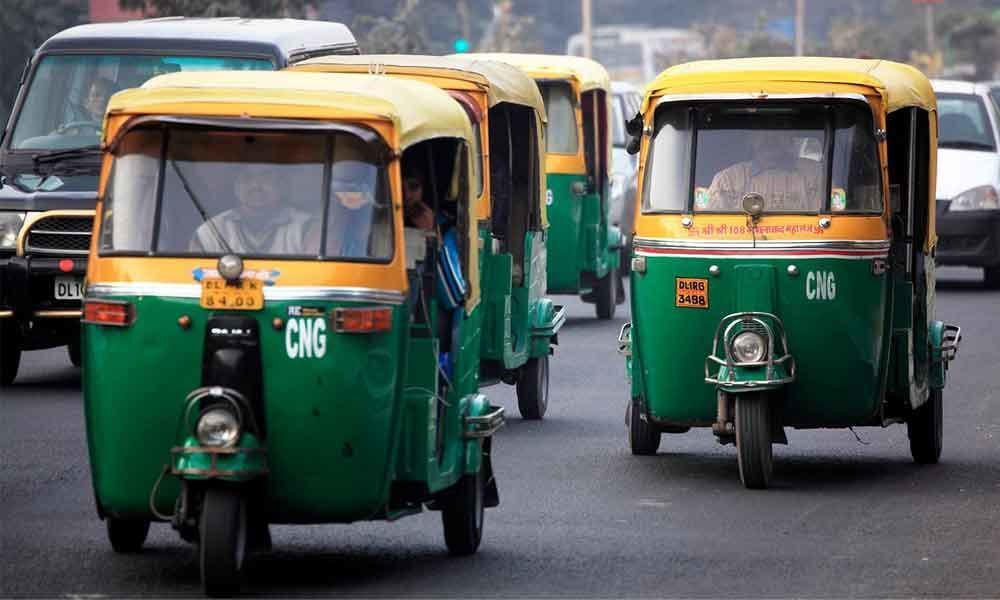 The auto unions in the State urged the government to implement the Centre’s decision to exempt electric vehicles from the requirement of passenger transport permit and also wanted the same to be implemented for LPG and CNG autos.

Hyderabad: The auto unions in the State urged the government to implement the Centre's decision to exempt electric vehicles from the requirement of passenger transport permit and also wanted the same to be implemented for LPG and CNG autos.

The Centre has provided several benefits to electric vehicles such as waiver of toll charges, parking fee as well as priority parking slots and exclusive access to EVs in congested zones in the cities.

The unions feel that this move will not only lessen financial burden but also bring down pollution levels. According to the auto union leaders the removal of permits would bring in a huge relief as the permits are costing Rs 1 lakh and making the autos cost Rs 3.20 lakh.

"If someone wants to run a new auto, the person has to possess permit of old auto and the auto should be scrapped and same permit should be applicable to the new auto," said Auto Unions JAC leader A Sathi Reddy.

The union leader demanded the State government that similar to the electric vehicles, the LPG and CNG should also be exempted from the permit rule since these two modes are also pollution free. Apart from these, the government needs to provide testing centres, charging points on the lines of petrol bunks.

Telangana Auto and Motor Welfare Union general secretary M Dayanand said the move would ensure there is no black marketing of the autos in the market. The government should ensure all facilities are available before implementing any scheme.