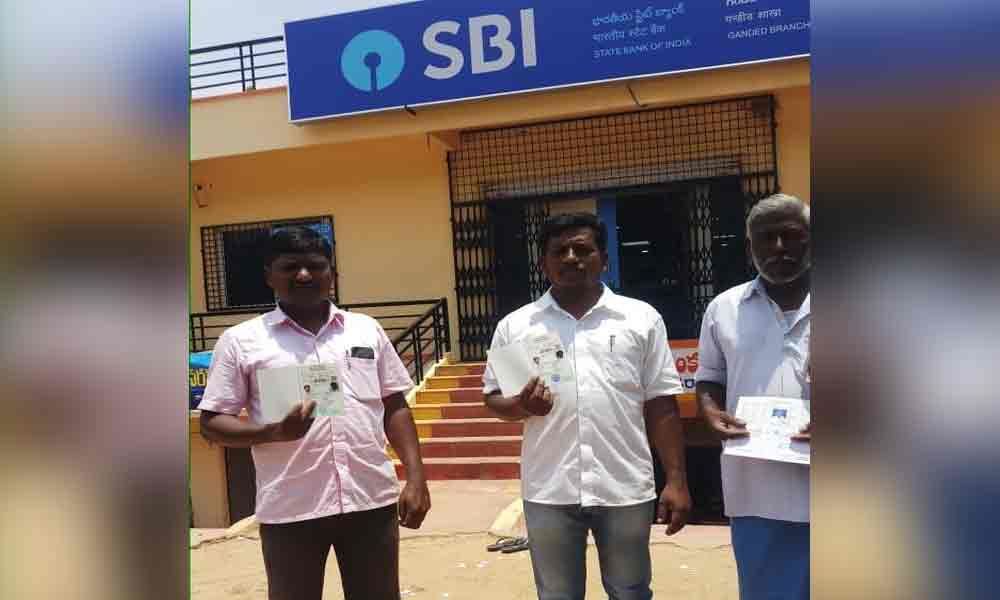 The farmers are deprived of the benefit of Rythu Bandhu scheme with some banks diverting the money released under the scheme to recover the loan given to the farmers.

Mahbubnagar: The farmers are deprived of the benefit of Rythu Bandhu scheme with some banks diverting the money released under the scheme to recover the loan given to the farmers.

The farming community is in distress as no financial aid for the farm activities. The farmers have been planning to approach the district administration to complain against the banks for their "unethical practices."

In fact, Rythu Bandhu scheme has been launched by the State government to provide finical aid of Rs 5,000 per acre to all farmers across the State. However, a few bankers in Mahbubnagar district have been denying the benefit to the farmers.

A farmer, Raju from Gounpadu village in Gadwal district, was shocked to learn that Rs 10,000 the State government deposited in his account under Rythu Bandhu scheme was adjusted by the bank against the loan he had taken.

Almost more than half of the banks in Jogulamba Gadwal district have stopped paying the Rythu Bandhu amount to the farmers and they have created problems for farmers "we have no other option but to approach the private lenders. We are not getting any benefit from Rythu Bandhu scheme and we still remain debt-ridden," said Raju.

Similar is the plight of farmers in Ganded mandal in Mahbubnagar. The bank officials in this mandal have also stopped the bank accounts and adjusted the Rythu Bandhu amount against their pending loans.

Venkatswamy, CPI-M leaders said the scheme had not been helping the farmers. He demanded that the government take action against the erring banks.