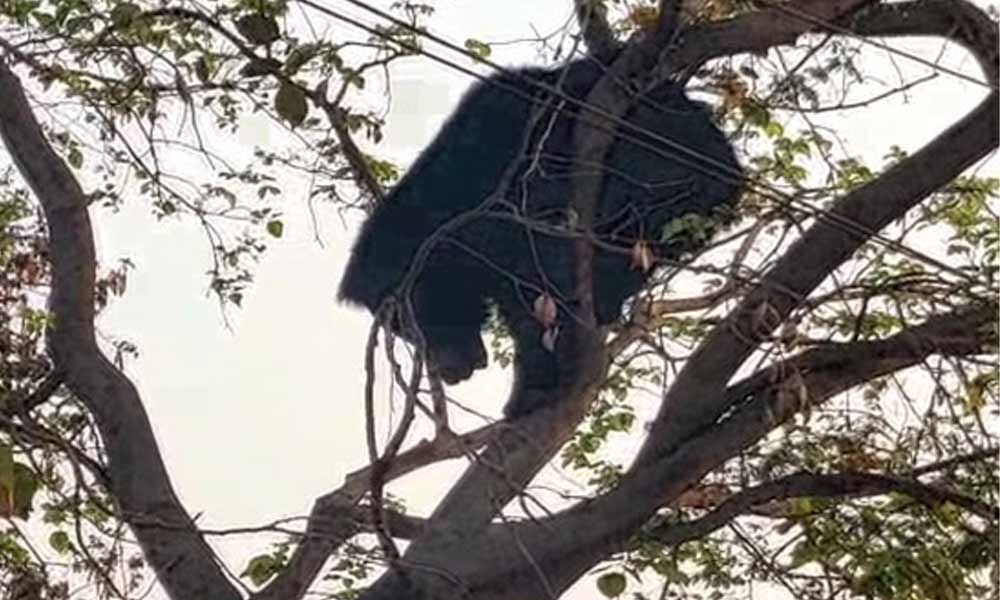 A bear entered the Jangaon district created panic among the public. It is spotted first at DCP office on Siddipet road at 3 am and was later created ruckus at the bus stop.

However, it later climbed a tree inside the bus depot. The public at the bus stop aghast after seeing the bear which is an uncommon sight for them.

Noticing the bear, the public alerted the forest officials of Jangaon who are making the efforts to catch the animal. The bear after being nabbed will be set free in the forest area.

In September 2018, a wild bear created panic in Karimnagar BSNL office. It was later tranquilised and set off free in a forest area.